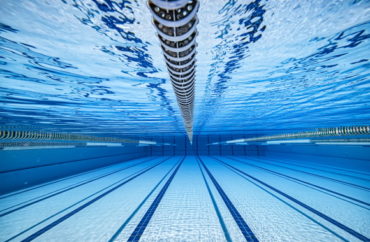 Williams College has scrapped its 229-year-old swim test requirement over concerns that many students of color could not easily pass it.

The faculty’s Committee on Educational Affairs recently voted 103 to 30, with 11 abstaining, to end the longtime graduation requirement after it was “criticized for having a disparate impact on students from underrepresented minority backgrounds,” the Williams Record student newspaper reported.

Williams College, a private and preppy liberal arts college in Massachusetts, has mandated a swim test or swim class since 1793, according to its website.

“While the swim test is a requirement of all Williams students, it is designed to be a safe and comfortable experience for everyone. Williams has always felt (since 1793) that it is vitally important that all graduates leave here with the ability to swim,” the school’s website states.

The swim test consisted of a 25-yard front crawl and 25-yard backstroke, the website states, adding non-swimmers are not required to take the swim test but must sign up for a beginning swim class.

The decision to end the requirement came after “a study by the Diversity Advisory Research Team, which uses qualitative and quantitative data to deepen the college’s understanding of diversity, equity, and inclusion issues, found that from 2013 to 2019, 81 percent of students who enrolled in the beginning swim class were American students of color. Sixteen percent were international students, and 57 percent were first-generation college students. Only 3 percent were white students,” the Chronicle of Higher Education reported.

Jeff Wiltse, a University of Montana history professor, told Campus Reform that “contemporary race-based swimming disparities (studies have found that black Americans are almost half as likely to know how to swim as white Americans) is a product of past racial discrimination in the provision of and access to swimming pools and swim lessons.”