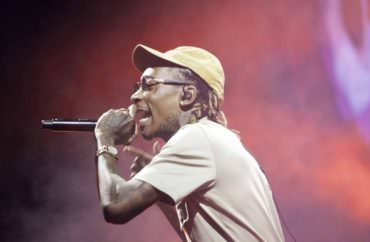 The University of Mississippi paid $130,000 to bring rap star Wiz Khalifa to the campus as part of its back-to-school festivities for a performance that was clouded with controversy because the artist celebrates drug use and uses lyrics that degrade women.

The College Fix, through a public records act request, obtained a copy of the contract between the public university and the rapper’s management company, showing the compensation included a $130,000 pay out for the one-hour performance in front of some 5,000 students.

Campus leaders now refuse to address questions regarding the high cost of bringing Wiz Khalifa to campus for a concert that drew criticism from many, including a major donor.

Multiple College Fix requests for comment regarding the costs and the source of the event’s funding have gone unanswered by a wide variety of university officials.

The choice of Khalifa, an artist who openly flaunts using marijuana and whose music includes vulgar lyrics and scantily clad women in its videos, irked some alumni who saw his visit to campus as antithetical to the university’s principles.

Khalifa performed at Ole Miss on Aug. 25 at a student-only concert hosted at the university’s on-campus arena. The institution’s Student Activities Association sponsored the event, which was part of the flagship university’s welcome week activities. The Ole Miss Student Union funds the Student Activities Association, according to The Daily Mississippian.

The concert was free to students, who only had to show their student ID to get in.

Public relations officials have not responded to nearly a half-dozen emails and phone calls from The College Fix over the last week. The Fix also reached out to the chancellor’s office to seek assistance, but to no avail. The Student Activities Association also did not respond to requests for comment.

In an interview with The Daily Mississippian, Brady Ruffin, executive director of the Student Activities Association, said his group’s vote to have Wiz Khalifa perform on campus was “almost pretty unanimous.”

Yet, that decision came with blowback.

Conservative news website LifeZette reported “emails and texts flooded the office of Chancellor Jeff Vitter” regarding Khalifa’s planned appearance on campus. Among those who reached out to Vitter was alumnus Meg Carter, who questioned why Khalifa’s “message of heavy drug use and sexualization of women” was being welcomed on campus.

“Wiz Khalifa continues to self-promote an image of heavy drug use, disparaging views of women, and downright foul and offensive language used in his song lyrics and social media presence,” Carter wrote in an email, according to LifeZette. “Ole Miss had always fostered a culture when I was a student that these things and other of the like were not acceptable or would not be tolerated on campus. Has this changed?”

Another critic of the concert was Ed Meek, a Ole Miss alumni who donated $5.3 million to the university’s journalism school, which is now named after him and his wife.

A Facebook screenshot posted by The Daily Mississippian shows a post from Meek criticizing Khalifa’s appearance at Ole Miss.

“This guy does not represent our values. How does the UM administration expect our students to act when presented this kind of role model,” Meek wrote.

His post included a link to Khalifa’s music video for “Something New,” which includes several scantily-clad women. Lyrics to the song include lines such as “We could fuck for one night, ain’t gotta jump the broom” and “Pull up on that ass in a drop.”

Meek urged others to “tell Ole Miss to cancel this bozo.”