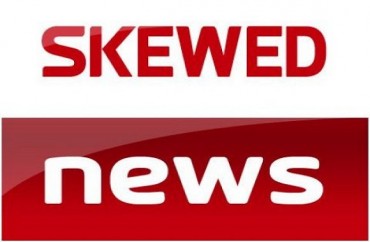 We here at The College Fix are pretty well acquainted with college newspapers from across the country, and while there seems to be no shortage of vigils for Brett Kavanaugh accuser Christine Ford over the last couple of weeks, there doesn’t seem to be even one supporting the US Supreme Court nominee.

At least that we’ve been able to find.

Certainly, the papers have noted the occasional instances of individuals speaking out in favor of the judge’s right to due process, but they’re nothing like the gatherings we’ve seen at the Ivies and elsewhere. And even the standard “reaction” pieces are decidedly skewed.

Take Illinois State University’s Vidette, for example. Titled “ISU students react to Kavanaugh hearings,” not one student in the article offers a word of support for the nominee … or expresses skepticism about the charges against him.

“I truly hope that Ford’s testimony can sway some Republicans to put aside party and finally believe the stories we’ve heard of Brett Kavanaugh. It was horrible watching the testimony, as Republicans tried to break holes in her story and tried to discredit her honesty. Both in the hearings and the days leading up to this,” [College Democrats social media coordinator Trevor] Nyland said. …

Senior Political Science major Alyssa York said if Kavanaugh is innocent, he should seek out an F.B.I. investigation on his own accord.

“Judge Kavanaugh is not clearly answering the questions being asked of him. If he wanted this over and done with he would submit to an investigation as he claims he would do if asked. This issue is not a case for the U.S. Senate to address,” York said. …

“It’s kind of hard to describe what I’m feeling. I feel angry, hopeful and sad all at the same time. I don’t want to dwell on Kavanaugh though. I think there’s a general consensus that he’s an abuser and unfit for the Supreme Court. Dr. Ford, on the other hand, has been nothing but courageous and graceful. Her actions today were patriotic, which has been extremely empowering,” Horne said.

Two more students go on to express similar sentiments, but the real eye-roller comes at the end: The campus group Students Ending Rape Culture — which “does not align itself with a political ideology” — supports Professor Ford because “survivors deserve to be heard, they deserve to have their stories believed.”

Sounds like ISU badly needs to start up a Students Deserving Due Process club.

MORE: The worst of the worst school-related Brett Kavanaugh stories

MORE: Harvard Law prof ‘has lost his mind’ over Kavanaugh