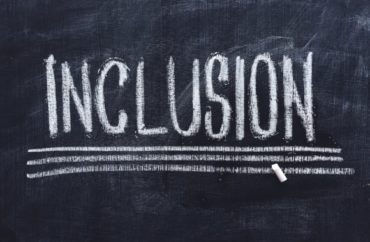 American University has created a space for students of different identities to come together and foster a sense of community, but some students recently complained it’s too inclusive.

The room, known as the Hub for Organizing Multiculturalism and Equity, or HOME, opened in November 2017 in the wake of alleged hate crimes against black students.

More recently, a feature in The Eagle campus newspaper on the 1-year-old room detailed how some students are frustrated that officials allow students of any ethnicity to use it, rather than only students of color, and also that “several students said they viewed HOME as a response to their request for a black house.”

“What we needed was a large community space that the entire black community could get together and support one another,” student Ma’at Sargeant, a member of the Black Student Alliance, told the newspaper.

And more than black students are voicing concern.

Sam Liang, a member of the Asian American Student Union, said “I understand why they would’ve opened it to everyone because exclusivity isn’t something that’s really garnered on campus … [b]ut it makes it feel like the point of it isn’t there anymore.”

Othniel Malcolm Andrew Harris, a student who has been involved in organizing protests at the university, told The College Fix that HOME is not enough for black students on campus after reports of racist incidents from a few years back.

Harris explained that other schools, including in the D.C. area, have “Black Houses,” which are on-campus houses dedicated to black students, and he wants the same for American University.

“… Black students at American would like to have a similar space and HOME simply does not cut it. It is a very small room in the back of a building where no one goes,” Harris told The College Fix.

“A ‘Hub for Organizing Multiculturalism and Equity’ is a nice start, but that’s not enough,” he said.

According to the university’s website, the HOME room aims to “help foster a ​supportive​ ​undergraduate​ ​experience by having a space to facilitate​ ​positive​ ​interactions​ ​among multicultural​ ​communities​ ​and allies. This space is open to all students who align with the mission and goal of continuing to foster a sense of community and belonging for our communities of color and allies.”

The room was a collaboration between the Office of Campus Life, the University Center, and AU Student Government, university officials state.

Michael Elmore, the director of University Center at AU, declined comment to The College Fix regarding students’ issues with HOME being too inclusive to all students.

The room opened in November 2017 in the wake of racial unrest on campus. In the spring of that year, bananas were hung on campus, an incident that was never fully proven as a hate crime and tangentially linked to other controversy.

And in 2016, two white students were accused of throwing a banana at a black student, and a rotten banana was left in front of a black student’s dorm room. (The university refused to say how it punished the alleged perpetrators.)

MORE: American U. blocks whites from cafe designated as ‘sanctuary’ for nonwhites