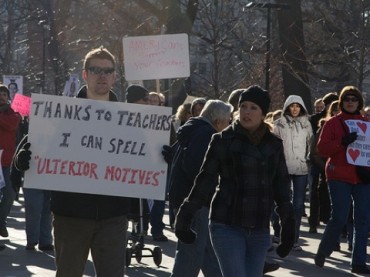 A Naropa University religious studies professor has been suspended for his silent protest against racial bias during which he refused to speak during classes, The Daily Camera reports.

Professor Don Matthews, who is black, claims the suspension was racially motivated, according to the Camera, a daily newspaper in Boulder, Colo., where Naropa University is located.

Naropa President Charles Lief said administrators have received more than 30 complaints from students against Matthews in the last 18 months. Lief said those complaints were being dealt with according to Naropa’s policies.

Naropa officials felt they needed to remove Matthews from the classroom, Lief said, after they learned that Matthews refused to speak during classes last week and that he threatened to sue students for defamation. …

(Matthews) and his supporters say they want the university to bring in an independent mediator to deal with issues of bias and racism on the private school’s campus.