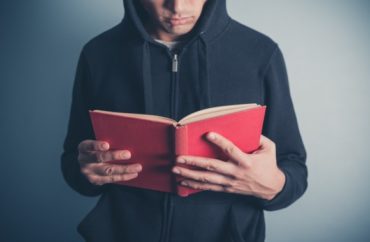 A new survey found that “The Communist Manifesto” is among the Top 10 most assigned books in Ivy League institutions and the top-ranked public colleges in the nation.

The book, written by Karl Marx in 1848, was ranked as the top-fourth text assigned at public colleges and universities, and the seventh-most assigned at Ivy League institutions.

The other two reading assignments that also overlapped on the top 10 lists are “The Elements of Style” and the “Tragedy of the Commons.”

Results were published by DegreeQuery, a Utah-based company that numerically rates and ranks college degrees, career paths and universities, according to its website.

The company used the Open Syllabus Project database to determine its results. The online database provides access to the syllabi of over 2,500 U.S. colleges.

“To determine the most-popular books at Ivy League schools and public schools, we aggregated the ranks of the top 100 books at each Ivy League school and the top 8 schools on the list of the 2021 Top Public Schools of the U.S. News & World Report,” the company stated.

Asked to weigh in on the popularity of “The Communist Manifesto,” David Randall, director of research for the National Association of Scholars, said there’s some justification for teaching it in a political science or history course.

But the fact that it’s showing up among the Top 10 of the most assigned books on both lists suggests it’s being taught in a much wider swath of subjects, Randall said via email to The College Fix.

“In general, it seems to be assigned more than you’d expect,” Randall said. “…Again, it’s not crazy that some teachers would assign ‘The Communist Manifesto,’ but it’s strange that so many would, while so many other notable texts fall by the wayside.”

The survey’s authors also weigh in on the three texts found on both lists.

“Perhaps more notable are the books that overlap. Marx’s Manifesto and Hardin’s Tragedy of the Commons go to battle over the socio-economic responsibilities of the state and of the individual. As time goes by, these classic texts take on fresh meaning in new contexts without ever offering easy answers,” they stated.

“But thanks to the appearance of Strunk’s classic writing manual on both lists, at least the essays will be readable.” 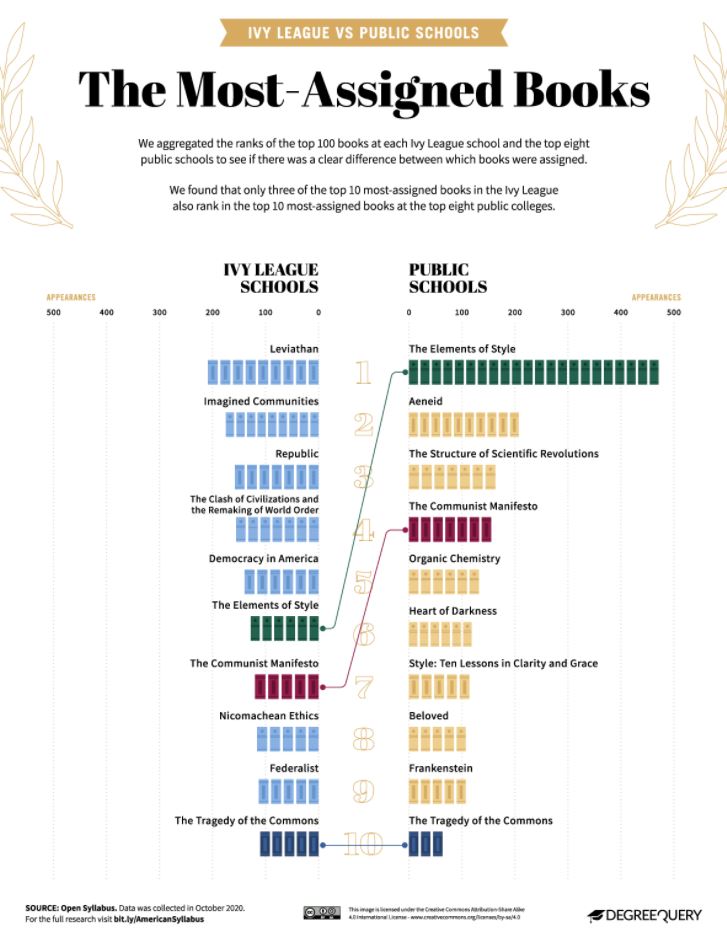 “It’s good that most public universities still care enough about writing well that they assign ‘The Elements of Style’ so frequently,” Randall said. “On the other hand, the strong implication is that most students at public universities don’t know how to write when they start as freshmen–and given how little knowledge acquisition goes on at universities, they probably don’t graduate with any firmer command of the English language.”

The survey also listed several key findings from its nationwide snapshot from over 2,500 colleges. Among them is that the most popular book assigned at America’s universities overall is “Frankenstein” by Mary Shelley.

“There is notably zero overlap between the books most recommended in English lit, business, and computer science,” the study found.

Randall, in his email to The College Fix, offered a word of caution about reading too much into the survey results.

“Open Syllabus only tells you so much,” he said. “Nothing about how a course is taught, of course. But also, I can’t tell from this information if the most popular books are assigned in 10% of classes, or .01% of classes. Totally different worlds possible from that information.”