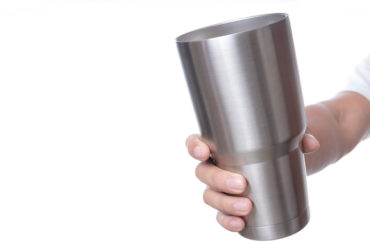 It doesn’t seem like the root of the problem

A student senator at the University of Southern California recently proposed that the student government fund “consent cups,” reusable containers that would be printed with “consent friendly slogans” that would purportedly teach people not to sexually assault each other. These cups would be distributed at campus tailgate parties, allegedly because football gamedays increase a campus’s instances of sexual assault by a significant amount.

The sentiment is a perfectly laudable one: We should want to decrease instances sexual assault whenever and wherever possible. Yet the idea that some plastic cups are going to accomplish this is, to put it mildly, a bit confusing. Nonconsensual sex—rape—is generally not respondent to slogans on plastic drinkware; rapists are not known for changing their minds simply because they read “Consent is sexy!” on the side of a container of alcohol. Sexual assault is a perverted, terrible, sick crime. A kitschy tumbler at a tailgate party isn’t going to bring it to an end.

Campus activist efforts are very often more concerned with style rather than substance: The purpose of these cups isn’t so much to accomplish something as to signal something, namely a gesture toward the ubiquitous “consent” activism that saturates most campuses today. Some better ideas for stopping sexual assault: Teach young women how to defend themselves, up to and including with firearms (which they should be allowed to carry on campus); teach young women to avoid getting blackout drunk in dangerous public situations; ruthlessly and publicly prosecute rapists in criminal court (not in a silly and ineffective campus tribunal); begin placing more emphasis on targeting actual sexual crimes rather than offensive jokes and salacious memes, as often happens on campuses today. Cups are not the solution here; the USC student government should save its money and the sting of embarrassment and pass on this proposal.

MORE: ‘Yes can mean no’ for sexual consent, student argues