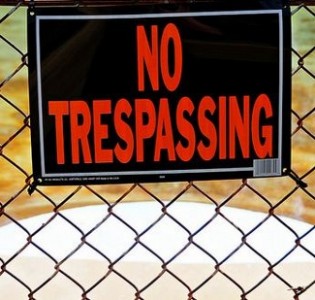 Marquette University students returned from winter break this week, but a longtime associate professor of political science whose public criticism of a graduate student ignited a firestorm last month did not.

John McAdams remains banned from campus and under review by the university.

Students who signed up for classes to be taught this semester by McAdams were notified shortly before Christmas that the classes had been canceled and were offered other class options, Marquette University spokesman Brian Dorrington confirmed Tuesday. …

Philosophy graduate student teaching assistant Cheryl Abbate also did not return to campus this week. The student McAdams criticized in his blog over her handling of discussion of gay marriage in an ethics class is transferring to the philosophy PhD program at the University of Colorado, according to the Daily Nous blog for philosophy professionals.

“The safety of our students and campus community is our top priority,” Dorrington said Tuesday in a prepared statement. “The university has a policy in which it clearly states that it does not tolerate harassment and will not stand for faculty members subjecting students to any form of abuse, putting them in harm’s way. We take any situation where a student’s safety is compromised extremely seriously.”