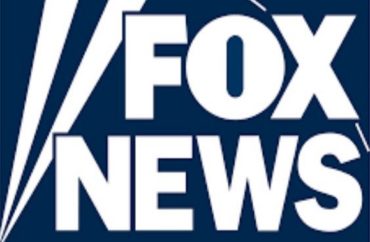 A controversial professor at Georgetown University whose tweet calling for Republican senators’ deaths during the height of the Brett Kavanaugh hearings led her to be placed on a research leave this semester is staying busy on Twitter — most recently calling Fox News “terrorists.”

“When your plane lands late, you and your colleagues are met on the tarmac, and ferried to the Presidential Palace for an intimate dinner with the president. Thanks Fox News Terrorists! My colleagues want you threaten their universities so they can get paid research leave too,” tweeted Associate Professor C. Christine Fair.

When your plane lands late, you and your colleagues are met on the tarmac, and ferried to the Presidential Palace for an intimate dinner with the president.
Thanks Fox News Terrorists!
My colleagues want you threaten their universities so they can get paid research leave too!

When asked what she meant by “Fox News terrorists” in her Oct. 27 tweet, Fair responded to The College Fix inquiry with a lengthy blog post which accused some right-of-center news outlets of having “literal blood on your hands.”

In the Nov. 1 blog post, titled “A Natural Experiment in Stochastic Terrorism: Compliments of the ‘College Fix,’” the scholar states she made the inflammatory tweet as part of her latest research on what she calls “stochastic terrorism” — or “the use of mass communications to incite random actors to carry out violent or terrorist acts or threaten to do so.”

Near the top of the blog post, the words “The Hunted becomes the Hunter” is written in large, red Arabic letters.

Fair is no stranger to using social media to make violent suggestions. She was thrust into the national spotlight after tweeting on Sept. 29: “Look at thus [sic] chorus of entitled white men justifying a serial rapist’s arrogated entitlement. All of them deserve miserable deaths while feminists laugh as they take their last gasps. Bonus: we castrate their corpses and feed them to swine? Yes.”

Fair explained her inflammatory tweet as an “experiment” after it made national headlines and was met with backlash. Some Twitter users became outraged by her remarks, while even Eric Trump tweeted his disappointment in the professor’s comments.

I have always been the biggest advocate of my alma mater @Georgetown. I also believe in free speech. With that said, @CChristineFair is an absolute embarrassment to herself and this great institution. She is a terrible representative for our school. https://t.co/WYfzh9klbm

Soon after, Fair reached the “mutual” agreement with the dean of Georgetown’s School of Foreign Service to “go on research leave effective immediately.”

After her leave commenced, it also came to light that she ran a “doxxing” blog where she would post the names, phone numbers and addresses of people who sent her rude emails, PJ Media reported.

“I do research for a living. Locating their residences (these folks live in a town in [redacted] near an elementary school on [redacted] St.), their wives, employers, etc. is mental sport for me,” Fair reportedly wrote in one doxxing post.

In her Nov. 1 blog post to a College Fix student reporter, she states she is now investigating right-of-center news outlets during her paid research leave, and likens the threats she has received as a result of news articles to “the pipe bombs sent to democratic leaders and opinion-leaders, as well as the slaughter of eleven Jews in their synagogue.”

“… By focusing on a personality such as myself who boldly challenges the contemporary white, Christian, cis-male supremacist agenda, your outlet hopes that a more powerful outlet picks it your ‘story,’” Fair continued in her post. “If you’re lucky, it will go to Faux Noise directly. You may have to pimp it out to Daily Failer or the equivalent before it makes its way to Faux News. Once an ‘outrage entrepreneur’ such as Pucker Carlson, Laura Ingrate or Lou Knobs picks this up, the loyal following will do the needful. From here it will travel to more odious outlets and onto the dark web.”

She then states she will monitor The College Fix article to see “how far up the stochastic terrorism pyramid it moves and with what consequences. … In closing, you and your ilk have literal blood on your hands. How you sleep at night baffles me.”

The College Fix has reached out to Georgetown University for comment but has yet to receive a response.

Regarding Fair’s claim that she is purposely being focused on, College Fix editor Jennifer Kabbany stated that “The College Fix is a daily news website devoted to higher education. We train college students how to become journalists, and their beats are their campuses.”

“The College Fix’s beat is higher education. So at a very basic level, it’s our job to report on these issues,” Kabbany said. “But we publish news articles every day. Maybe only 5 percent of our stories might be about professors’ social media posts. The other articles cover everything from free speech and due process issues to identity politics and social justice trends on campus.”

“Professors’ social media posts catch our eye only when scholars post something so egregious that it warrants coverage. Our readers want to know what students learn inside college classrooms. More and more parents, watchdogs and policymakers are concerned with the fact that many scholars prefer to indoctrinate rather than teach, and they see these social media posts as tangible examples of some of the rhetoric presented by academic authorities on campus,” Kabbany added.

“We hope constructive feedback generated by our news reports is directed toward campus administrators and boards of trustees. We also denounce and condemn any vile and reprehensible comments some professors field after their remarks go viral.”