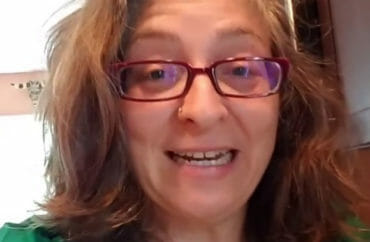 The Georgetown University professor who tweeted for the deaths and castrations of Senate Republicans during the height of the Brett Kavanaugh controversy has been placed on a “research leave.”

Professor C. Christine Fair reached the “mutual” agreement with the dean of Georgetown’s School of Foreign Service to “go on research leave effective immediately,” according to a tweet from The Georgetown Voice.

The decision was announced in an email to School of Foreign Service students Friday. It was made in order to “prevent further disruptions to her students and out of an abundance of caution for the security of our community,” according to The Voice.

Georgetown professor Christine Fair will go on research leave, effective immediately, per the Dean of the School of Foreign Service, Joel Hellman, who said in an email “while we teach diplomacy as a subject, we expect diplomacy as a community.”

Fair’s original tweet stated: “All of them deserve miserable deaths while feminists laugh as they take their last gasps,” referring to Republican senators. “Bonus: we castrate their corpses and feed them to swine? Yes.”

Fair recently explained her inflammatory tweet as an “experiment” after it was met with severe backlash.

After the announcement was made Friday, Professor Fair continued to tweet her thoughts on various matters.

Years ago when I worked in a domestic violence shelter in Chicago, many residents described how their mothers in law held them down as their husbands raped them or set them on fire. This is what today’s GOP women are doing to us. Their feet are on our necks.