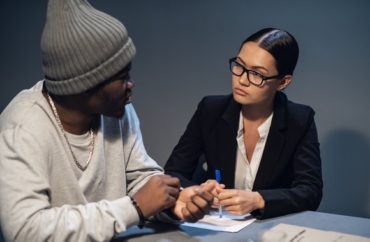 No more cross-examination or even allowed to speak in hearings

Getting expelled, suspended indefinitely or blocked from getting your diploma is just part of the “educational” process, right?

Apparently annoyed that students accused of conduct code violations might beat the charges if someone knowledgeable helps them, Cornell University has revised the code to ban law students from representing accused students in any meaningful capacity.

The Cornell Sun reports that about 4 percent of Cornell students were referred to the Office of the Judicial Administrator for alleged violations last year.

Law students, known as “Judicial Codes Counselors,” have historically guided students through investigations and interviews, spoke on their behalf at hearings and even cross-examined witnesses. No more:

Marisa O’Gara, a third-year law student, head Judicial Codes Counselor, was especially concerned that the changing role of codes counselors would put students unfamiliar with the judicial system in a precarious position.

“If you’re accused of misconduct under the code, you have a lot at stake,” O’Gara said. “We’ve had a lot of students tell us that they feel like they were wrongly accused under the code, but the process is intimidating to them.” 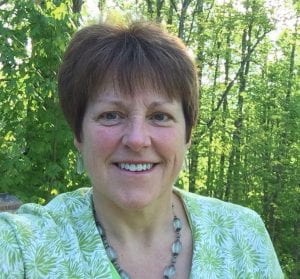 She scoffed at Judicial Administrator Barbara Krause’s (left) justification for taking away students’ rights – that the process should be “less adversarial and less legalistic.” O’Gara noted that proceedings were still “a punitive process at the end of the day.”

The revision also expands Cornell’s jurisdiction off-campus and gives Krause’s office “influence in the hiring process of Judicial Codes Counselors,” the Sun said. Imagine prosecutors getting a say in the hiring of public defenders.

Cornell is a serial violator of students’ rights. Nearly two dozen of its own law professors went to court two years ago to force the Ivy League school to follow its own Title IX rules. Federal civil rights officials held “open focus groups” on campus in 2017, hearing how tilted the process was against accused students.

It even withheld a student’s doctorate because he defended his advisor against a dubious rape allegation, prompting more criticism from law professors.

MORE: Law profs go to court to force Cornell to follow its own rules

O’Gara said the university appears to be trying to limit criticism of the code changes by announcing a feedback forum only two days ahead: “The overwhelming majority of students who are going to be deeply impacted by these changes are probably completely unaware that these changes are being pushed through.”

Shamefully, the Graduate and Professional Students Assembly voted down a resolution criticizing code changes including the off-campus expansion of jurisdiction and ban on meaningful representation by law students.

The fig leaf for their refusal to defend students’ rights appears to be that nearly all prosecuted students were undergraduates. Student Assembly President Cat Huang asked the GPSA to stay in its lane and let undergraduates consider the revisions, a baffling request given the harm the revisions will cause her constituents.