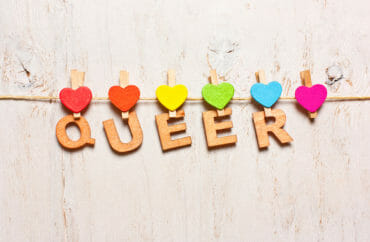 A pair of Cornell University student organizations recently hosted a discussion about the abolition of police departments within a “queer framework.”

The event, led by the LGBTQ group Haven and the Cornell Abolitionist Revolutionary Society, also looked at how the “exclusionary practices” of campus Greek organizations mirror those of the justice system, The Cornell Daily Sun reports.

The discussion moderator, of the social justice group Ithaca Pantheras (who wished to remain anonymous due to fear of “targeting”) said societal “obstacles” contribute to mass incarceration of LGBTQ people. They (the moderator uses plural pronouns) also alleged a connection between colonialism and homophobia/transphobia.

“To successfully subjugate the colonized people, the European colonizers force the colonized to let go of their cultures, their practices and beliefs in order to usher in a more binary version of society,” they said.

Law student Serene Kabir followed up by saying “When I think of policing, it’s really trying to control people and have them fit within a certain standard of behavior and identity. I think queerness is really just inherently pushing those boundaries.”

Nadia Vitek ’22, a member of CARS, said they believe that capitalism thrives on oppression and exploitation through categorization. They mentioned the story of Chanel Hines, a Black trans woman who was shot in Canandaigua, N.Y. in November 2020 by her parole officer, as an example of how the queer community is marginalized in the justice system.

Breanne Kisselstein grad posed a question to the group about how the Cornell University Police Department relates to the conversation of the power structure that exists in policing.

“We aren’t free until we’re all free,” the moderator said. “Even if it is [CUPD’s] own jurisdiction, it’s operating within the city of Ithaca. Being able to abolish the police in Ithaca, as a whole, if we could do that, abolishing the police on campus really won’t be that big of a next step.” …

Jenn Reed ’23 shared their experience with rushing. Greek life made Reed feel excluded based on their gender and sexuality after they came out as non-binary and lesbian. Due to the social dynamics of Greek life, Reed said they felt forced to perform within more traditionally feminine and heterosexual boundaries.

The discussion was part of Cornell’s “Queer Month,” the last two weeks of which feature the themes “queerness on campus” and LGBTQ history.