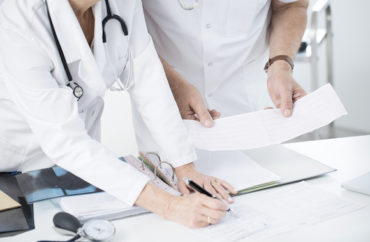 The coronavirus pandemic has receded dramatically from its earlier, fear-inducing projections: Where before many researchers envisioned a best-case scenario in which hundreds of thousands or even millions died, virtually every serious academic has dialed those predictions back by a significant degree in recent weeks.

Most notably, the modelers at Imperial College London, whose initial projections in March inspired officials in the the U.K. and the United States to shut down their economies and force hundreds of millions of citizens to stay in their homes, are now saying, albeit somewhat tacitly, that the true morality rate of the disease could be vastly lower than they initially estimated; indeed in some cases the new rates are estimated to be lower than earlier rates that were revised downward from higher ones.

A study released last week from Imperial College London sought to estimate “the number of infections [of COVID-19] in 11 European countries.” That paper explored the possibility that the number of confirmed cases in the target countries were actually just a small fraction of the number of total cases in each one.

In some cases the upper bound of estimated infections is staggering: The researchers said as many as 41 percent of all Spaniards could have contracted the disease, while upwards of a full quarter of the Italian population might have contracted it, though they guessed the numbers are closer to 15 percent and 10 percent, respectively.

As Allahpundit points out at Hot Air, that’s actually good news from the perspective of epidemiology:

In Italy there are 11,591 COVID-19 deaths as I write this out of a population of 60.48 million people. If 9.8 percent of the population is infected, that’s 5.9 million cases. That’s a fatality rate of 0.2 percent, lower than the estimates of one to two percent (or higher) that are based on Chinese data.

In Spain there are 7,340 deaths as of today in a population of 46.66 million. Assuming 15 percent are infected, that’s just about seven million infections. Case fatality rate: 0.1 percent.

One more. The Imperial College estimates an infection rate in the United Kingdom of 2.7 percent. Among a population of 66.44 million, that should mean about 1.8 million infections. They’ve had 1,408 deaths so far. That’s a case fatality rate of 0.08 percent.

A fatality rate of 0.08 percent is notably lower than that of seasonal influenza. 0.2 percent is “merely” twice as deadly as the flu. These are, to put it mildly, significantly lower projections than both Imperial’s earlier estimate of 1 percent, as well as the more terrifying 3.4 percent figure cited by World Health Organization officials early last month. Indeed, all of those numbers are even lower than an earlier revised projected fatality rate from Imperial College that put the number at 0.66 percent.

If the disease spreads as far and wide as researchers estimate—some have described it as being as transmittable as the common cold—then those fatality rates would still represent significant numbers of deaths from the disease. But the fact that the death rate keeps getting revised downward is significantly encouraging for the world. We were told at the outset that it may have been deadlier than smallpox and more viral than influenza; now that the former figure has been significantly revised, it will be interesting to see how public policy reacts.

MORE: University projections of COVID-19 hospitalizations turn out to be four times too high