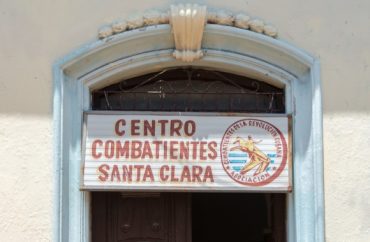 Meet Sylvia Sullivan, a longtime pro-life, pro-family conservative activist. Currently she is president of the East County California Republican Assembly, and in that capacity she gave a speech at the Murrieta-Temecula Republican Assembly last week about the dangers and evils of communism, and in particular on her family’s experience in Cuba.

I share it with you today, with her permission, so that students and professors across America who believe (like our current president) that Communist Cuba is some sort of panacea can receive a powerful slap in the face — if they have the guts to read this.

Academics today romanticize communism, suggest it’s the solution to all our ills; that capitalism is evil and must be ended. “The Communist Manifesto” is among the most frequently assigned texts at American universities, and professors aren’t doing it to “know thy enemy” and bash the tome. It’s their Bible. A 2013 survey by The College Fix of 31 public and private universities across the nation found that the subject of capitalism is often either maligned, ignored, or taught from a perspective other than objective economics.

With that in mind, I bring you Sylvia’s story. I hope it enlightens you. It is a powerful, cautionary tale of where this country could be headed if we don’t wake up …

When Freedom is Lost!
By Sylvia Sullivan Both of my parents were born and raised in Holguin, Cuba, a large town in the province of Oriente. My great uncle Segundo was twice elected mayor of the town. Yes, under the corrupt dictator Batista there were some freedoms of speech, religion, travel, property rights. Cuba had a higher per-capita income than much of Europe in 1958 before Castro. Today, journalist Michael J. Totten, who recently traveled to Cuba made this comparison: “I visited Iraq seven times during the war… Baghdad while ugly and dangerous is vastly freer and more prosperous these days than Havana.”

My dad’s uncle was the Consul at the Cuban embassy in Washington D.C. On his invitation my Dad went to work in DC. When World War II broke out, he joined the U.S. army and fought in Italy. After the war he returned to Cuba, married my mom. He was then stationed in the Panama Canal Zone.

Initially, Fidel Castro was embraced by much of the Cuban people eager to rid themselves of a corrupt dictator. Like all communists, Castro lied and hid his Marxism until he was entrenched. One method he used to consolidate power in the beginning was to disarm the people. Upon his victory and vanquishing of Batista, he called on everyone to turn in their weapons — they were all brothers and sisters now and had no need for them. Most of the people were happy to comply. Left defenseless, the murderous reign of terror began as thousands were lined up before the firing squads.

Next, the destruction of family was a goal for complete control. My Aunt Lilia, my dad’s youngest sister, became a revolutionary. She led the communists when they came to her parent’s home to divide it up. They were told the home was too big for one family, so a couple other families moved in. Aunt Lilia served as a faithful comrade for years. When her parents escaped she stayed back. Her letters to them were full of slogans of the revolution. Years later, as an older woman, she expressed to the party a desire to visit her family in Miami. The communists told her she could go but first must get a physical at the hospital. She asked why, since she was very healthy. They insisted, so she went. While there they gave her a fatal injection. Our family learned of it from a nurse who had escaped Cuba and was present. With her usefulness over, she was discarded.

On my mother’s side, my uncle Jorge became active in the party. He sent his son, Jorgito, to fight in Angola. He later told me when he had escaped that his mission in Angola, he was told, was to fight for freedom. What he found was that he was to kill women and children. When he refused his father had him sentenced to hard labor. He was released during the time of the Marielitos boatlift. His anguish didn’t end, as whenever he wrote letters to his mother, the communists made sure she never got them. So he continued to receive her letters begging to hear from him and asking why he had forgotten her.

As family members were able leave Cuba with nothing but the clothes on their back we sponsored them till they could get on their feet. Part of the process was to go through a gauntlet of vicious communists that would spit and yell insults — gusanos, maggots — as they boarded the plane. My Aunt Isabel, a widow, was threatened with loss of her finger if she did not take off her wedding ring. My Aunt Louisa and family were forced to leave her son, Dennis, because he was of military age. I remember her years later, in the hospital close to death, hanging on looking at the door hoping he would come. He did not.

My Aunt Yolanda and Uncle Manolo with two kids were on the plane when armed regime military removed four men off the plane. One was my uncle. When my aunt tried to also get off the plane she was forced at gunpoint to sit back down. They came to the states not knowing his fate for about six months when he was released and sent to the states. He never wanted to talk about what happened to him while he was incarcerated.

The physical and emotional scars ingrained are today expressed as a love for freedom and gratitude for America. As my Dad always said, “This is the greatest country in the world.” I pray we can keep it!