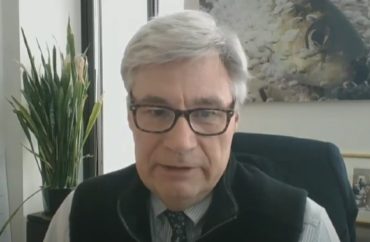 Senator Sheldon Whitehouse, a Democrat from Rhode Island, wants the IRS to investigate Turning Point USA and potentially revoke its nonprofit status because it held a large event that other people said might turn into a “superspreader” event.

Turning Point hosted a student activist summit before Christmas with thousands of attendees.

“According to press reports and social media posts, many participants gathered and mingled indoors without wearing masks, in violation of Palm Beach County’s COVID-19 regulations,” Whitehouse wrote in a letter to IRS Commissioner Charles Rettig on Tuesday.

Whitehouse is a member of the Senate Finance Committee, which has oversight of the IRS.

“In light of these actions, the IRS should review whether Turning Point USA should continue to enjoy its tax-exempt nonprofit status,” the Democratic senator.

MORE: Student activist gets approval for TPUSA group after administration denied him

An article by The College Fix noted that zero coronavirus cases had been reported three weeks after the event. Palm Beach County officials and the convention center that hosted the student activist conference still have not responded to our requests for information on if the event turned out to be a superspreader event.

The letter to the IRS cited no evidence that the event turned into a superspreader event nor that anyone was harmed by the event. It only cites an article saying that the event could lead to a spread of coronavirus infections.

Whitehouse said that the conservative group violated its nonprofit policies by putting “children and others at risk” by allegedly violating coronavirus regulations.  The event “was clearly contrary to the public good.”

The letter does not describe how children were put at risk at an event aimed at high school and college student activists, nor at the fundraising event aimed at adults.

“Organizations that knowingly put in danger minors entrusted to their care should not enjoy the benefits of tax-exempt status,” Whitehouse said. “Accordingly, I urge the IRS to review whether it should revoke Turning Point USA’s tax-exempt status.”

The free-market student group told CNBC that Whitehouse is misinformed on the nature of the event and would be open to talking to him.

“The conference in question was held on county property in coordination with local officials,” an unnamed spokesperson told CNBC. “TPUSA even turned away students to comply with reduced capacity limits and social distancing protocols to successfully complete the full, four-day program as planned.”

“Nevertheless, TPUSA is hopeful this is just a misunderstanding and would be honored to discuss and clarify this matter with Senator Whitehouse directly as it seems he’s been misinformed about the nature of the event,” the spokesperson said, according to CNBC.