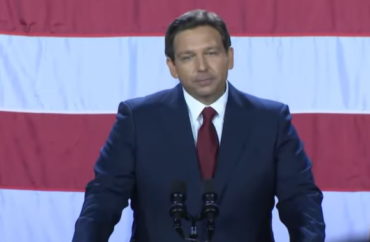 State University System of Florida and Florida College System administrators must specify “the expenditure of state resources on programs and initiatives related to diversity, equity and inclusion, and critical race theory within our state colleges and universities,” according to a Dec. 28 memo from Office of Policy and Budget Director Chris Spencer obtained by ABC News.

The requested data also includes detailing how the campus programs involve the subjects and the number of employees allocated to them, according to the news outlet, which noted the memo named Friday, Jan. 13, as the submission deadline.

DeSantis’ new tactic against DEI programming in public education in his state coincided with some court losses regarding his Stop WOKE Act, which the state enacted in 2022 to prohibit the teaching of critical race theory in Florida K-12 schools and universities. The law is also referred to as the Individual Freedom Act.

Professors at public universities in Florida reportedly renamed or dropped CRT-related courses as a result of the legislation.

In August, a federal judge blocked Florida’s enforcement of a major provision of the Stop WOKE Act that prohibits certain speech in workplace diversity trainings.

The Foundation for Individual Rights and Expression, a nonprofit civil liberties group dedicated to protecting free speech on college campuses, filed a lawsuit against the state in September, asserting the Stop WOKE Act violated First Amendment rights on college campuses.

A federal district court ruled in November in favor of a University of South Florida professor, undergraduate student and student group represented by FIRE, resulting in an injunction halting certain legal implications of the law for higher institutions in Florida.

The judgment asserted “the powers in charge of Florida’s public university system have declared the State has unfettered authority to muzzle its professors in the name of ‘freedom.’”

“The law officially bans professors from expressing disfavored viewpoints in university classrooms while permitting unfettered expression of the opposite viewpoints. Defendants argue that, under this Act, professors enjoy ‘academic freedom’ so long as they express only
those viewpoints of which the State approves,” stated the Nov. 17 court order.

Adam Steinbaugh, an attorney for FIRE, provided The College Fix with an update on the court case in a Dec. 30 email.

“The Stop WOKE Act remains unenforceable in college classrooms, and it should stay that way. Florida needs to stop trying to censor debate on college campuses,” he said.

Bryan Griffin, press secretary for the Florida governor’s executive office, this week referred The College Fix to previous statements he has made on topic.

He told The College Fix in a Dec. 6 email that “there is a lot of misconception about what the Stop WOKE Act does and how it is implemented.”

Griffin explained the intended purpose of the law prior to the injunction, telling The College Fix in October that the legislation does not prevent the free exchange of speech or ideas.

He stated that “keeping employees or students from being forced to think a certain way upon condition of employment and as directed by those with authority or influence over others (employers over employees, teachers over students) protects freedom of thought.”