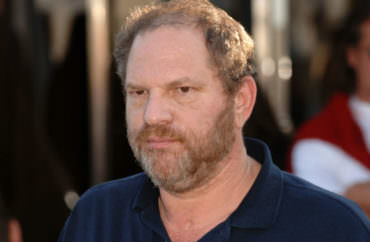 For more than two decades before he distributed the heavily disputed campus rape documentary “The Hunting Ground,” Harvey Weinstein bought the silence of younger female employees and actresses who had accused him of sexually harassing them.

The New York Times reviewed “legal records, emails and internal documents” from businesses run by the film super-producer, and interviewed current and former employees and film industry workers to put together a previously undisclosed picture of Weinstein’s alleged line-crossing behavior.

The man who “presents himself as a liberal lion [and] a champion of women” distributed “The Hunting Ground” the same year that an employee, Lauren O’Connor, shared her and others’ allegations with Weinstein Company executives in a “searing memo asserting sexual harassment and other misconduct by their boss.”

He regularly invited young women trying to break into the business to private meetings in his hotel rooms, asked for or initiated massages with them and asked them to watch him shower, according to their accounts.

A longtime Democratic donor, he hosted a fund-raiser for Hillary Clinton in his Manhattan home last year. He employed Malia Obama, the oldest daughter of former President Barack Obama, as an intern this year, and recently helped endow a faculty chair at Rutgers University in Gloria Steinem’s name. During the Sundance Film Festival in January, when Park City, Utah, held its version of nationwide women’s marches, Mr. Weinstein joined the parade.

Weinstein’s response to the Times investigation has been bipolar: He confessed that “the way I’ve behaved with colleagues in the past has caused a lot of pain” and that “I know I have a long way to go,” but one of his lawyers said “many of the accusations” were “patently false.”

Another lawyer has already said Weinstein will sue the Times for its report, which is “saturated with false and defamatory statements,” Deadline reports:

“It relies on mostly hearsay accounts and a faulty report, apparently stolen from an employee personnel file, which has been debunked by 9 different eyewitnesses,” the Harder Mirell & Abrams lawyer added. “We sent the Times the facts and evidence, but they ignored it and rushed to publish. We are preparing the lawsuit now. All proceeds will be donated to women’s organizations.”

Read the Times and Deadline reports.