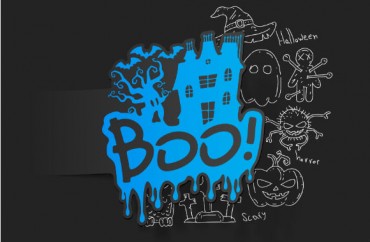 This coming week is one in which the politically correct guardians of identity politics will be out in force, perhaps more so than any other time of the year.

That’s because it’s Halloween, and in our hyper-sensitive, social media-driven outrage culture, these guardians are just waiting for someone to break “the rules.”

NBC talking head Megyn Kelly was just canned from the network for the sin of not getting why dressing up in “blackface” is such a big deal for Halloween (now-progressive icon Jimmy Kimmel must have really atoned for his past sin). Such a penalty is ridiculously harsh (there’s obviously more to the story) and ridiculously hypocritical given the laughable excuses made for another NBC pundit’s past homophobic remarks.

I certainly get why blackface isn’t a good idea. I’d never consider dressing up in such a manner, even having the “excuse” of being a member of the “old school” generation.

You may have heard progressives argue that PC is just “good manners”; while such a claim is laughably overbroad, given blackface’s (sordid) history, in this particular case it is good manners not to don such makeup.

The real PC factor comes in when situations like Kelly’s arise, and more so in the cases of school and college students. For the sin of merely asking questions (Kelly) and/or not being well-versed in the history of blackface makeup, these folks must be destroyed. Consider: Students at Purdue University wanted a professor fired after a 44-year-old photograph surfaced showing the prof in blackface.

The eye-roll level amps up when we read stuff like this: White kids shouldn’t even dress up as the superhero Black Panther because of … “cultural appropriation.”

Unsurprisingly, a professor weighed in on that:

“As parents, or even as the people creating costumes, we need to be very aware of what that says,” Brigitte Vittrup, who is an associate professor of early childhood development and education at Texas Woman’s University, told the NYT. “There’s not a whole lot of black superheroes, so this is a really important thing, especially for black kids growing up.”

“White people have the privilege of not constantly being reminded of their race in the United States, where white is the majority, whereas as a black person you don’t.”

If your kid thinks Black Panther is awesome and wants to dress up like him for Halloween – go for it.

Because I'm pretty sure every single race has been dressing up as Superman, Spiderman, and Batman for years. 👍

I suppose I engage in cultural appropriation because my Twitter handle (named after my old blog) is based on one of my favorite comic book characters … who eventually became a superhero as well.

Remember all the college “advisories” about Halloween last year? Don’t wear sombreros. No sort of “indigenous wear.” No “African-inspired” attire. And who can forget the reaction when a Yale professor sent out an email telling students not to get their panties in a bunch about allegedly “offensive” Halloween costumes? Her husband ended up the target of one of the most insane college student temper tantrums in recent memory.

Colleges are still at it, don’tcha know. This week ,The Daily Princetonian interviewed numerous student officials ranging from those in the Black Student Union to the Natives at Princeton. One student said we have to be aware of “power differences” here in the US. She also couldn’t see the irony in pointing out that although Greeks count as “white,” their culture is “different” … then in the next breath complains about people wearing Mexican sombreros. (Note: White people inhabit Mexico, too.)

This University of Delaware columnist was perhaps even worse.

Here are my tips for choosing a Halloween costume:

1) NEVER listen to advice from a college student, professor, or campus “official.”
2) Costumes based on movie characters are TOTALLY ACCEPTABLE (especially for kids) for anyone of any race.
3) If you have any doubts about a costume’s appropriateness (excluding guidance from those listed in rule #1 or one based on rule #2), choose something else.
4) Don’t be like this idiot and claim you’re just dressing up as “historical figures”: 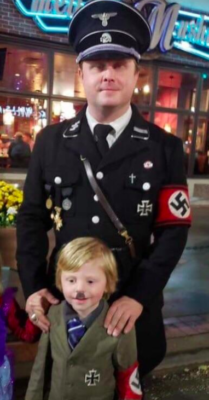 MORE: U. provides practice costumes for students for Halloween prep