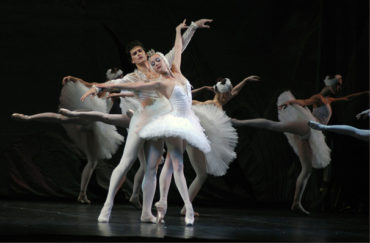 Canceling Russian artists and intellectuals won’t save Ukraine, and it misunderstands the nature of art

Russia’s war of aggression against Ukraine has entered the fourth week. An estimated three million Ukrainians have fled their country, likely tens of thousands have died, and the United States has joined major global powers in imposing sanctions and pledging millions of dollars in military aid.

Universities, media groups and cultural institutions eager to join the fight have targeted their Russian peers, censoring scholars, writers, and artists. Their efforts may be positively motivated – but their cancellations are both counterproductive and a dangerous denial of intellectual freedom.

Reports are mounting of punitive actions taken against Russian thinkers and their works. Scientist Richard Dawkins reported March 1 that the Journal of Molecular Structure banned submissions from all scientists working at Russian institutions.

Journalist Matt Taibbi reported March 13 that the European Union banned content linked to Russia Today and Sputnik. This means that search engines must delist articles from these sources, and social media firms such as Facebook and Twitter must ban any posts in which someone attempts to share content from them.

Even more, Taibbi reported, Google and YouTube have demonetized all individual Russian accounts, even those of individuals opposed to the war.

In the sphere of culture, Martin Ivens wrote March 12 that the Cardiff Philharmonic Orchestra in Wales removed a popular overture from nineteenth-century Russian composer Pyotr Ilyich Tchaikovsky from its upcoming program following the attack on Ukraine. In Italy, a university tried to cancel a course on Russian writer Fyodor Dostoyevsky.

“Banning Tchaikovsky,” Ivens stated, “is not the way to win a war.”

Ivens is right. First, banning content from Russian scholars and writers – who may very well be actively opposing the invasion – punishes those who would serve as our allies. It censors those whose work in developing the science necessary for new medicines, perhaps, or in reporting on Putin from the inside, could help Ukraine protect its people, or win the war.

More fundamentally, cultural and scholarly boycotts are an insult to intellectual freedom. Good scholarship and art depend on independence and integrity. Our policies should reflect the reality that intellectuals are more than their national identity.

The individual – scholar, writer or artist – is greater than his nationality, ethnicity or race

Our own cultural history is full of scholars and artists who didn’t accept their Americanness as the whole of their identity. In fact, it would be a challenge to find even a single thoughtful or artistic American who has championed every American political and military act.

In the 1960s, writers like Allen Ginsberg and Robert Lowell opposed the Vietnam War – and have been celebrated as pop culture heroes for their dissent. In 2021, Angelina Jolie penned an opinion piece for Time criticizing President Biden’s withdrawal from Afghanistan, voicing an opinion generally shared by the majority of Americans.

The point is not that these artists are right or wrong; it’s that you can’t assume that a member of a nation is complicit in decisions made by their government – and that’s doubly true when the Russian artist died hundreds of years ago, as in the case of Dostoevsky and Tchaikovsky. It’s also especially true for living Russians because their government is headed by an autocrat, a ruler with absolute power.

“Brave Russian artists, priests and intellectuals,” Iven wrote, “have been the backbone of the opposition to the country’s autocrats for decades. The West should be careful not to isolate those who represent the country’s conscience.”

Aleksandr Solzhenitsyn, whose novel “The Gulag Archipelago” revealed to the world the atrocities of the Soviet Union’s forced labor camps, is just one of the Russian dissidents Iven cited as exemplary. He also mentions Andrey Zvyagintsev, whose film “Leviathan” depicted both the Russian state and official church as “rotten to the core” – and Vladimir Sorokin, whose dystopian novel “Day of the Oprichnik” portrays a tsarist Russia in 2027 that bears some resemblance to Putin’s regime.

Viewing a person’s race or gender as their most important or relevant attribute – or even their original sin – reduces them to a stereotype. It also denies them the agency to criticize claims or policies made in the name of their identity groups. The same is true for ethnicity and nationality.

Putin may be waging war with the Russian state, but he hardly represents the will of all Russians, living and dead.

Scholars and artists on both the right and the left have fiercely defended their independence from the groups and nations of which they are a part. Let’s support the freedom of Russians to stand up to their own regime.