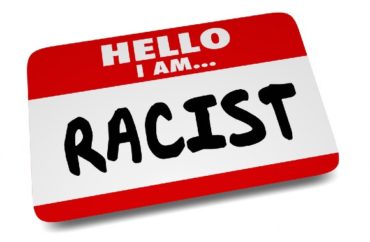 A national advocacy organization has filed a federal civil rights complaint against the Columbus City Schools after its board said there is “systemic racism” within the system.

Parents Defending Education’s complaint to the Department of Education’s Office of Civil Rights came after The College Fix asked it about the statement from the school system.

The Fix asked the legal nonprofit if it planned to file a complaint, similar to the one the group filed against Webster Groves schools in Missouri.

The complaint asked the federal education department to investigate the Ohio school district “for discrimination on the basis of race, color or national origin in programs or activities that receive Federal financial assistance.”

Such discrimination would be “in violation of Title VI of the Civil Rights Act of 1964.”

The letter asked DOE officials to “promptly investigate the allegations in this complaint, act swiftly to remedy unlawful policies and practices, and order appropriate relief.”

The district admits to “systemic racism” three times in a statement released after the conviction of Minneapolis police officer Derek Chauvin in the death of George Floyd as well as the fatal shooting of a knife-wielding black girl named Ma’Khiah Bryant, an honor roll student at one of its high schools.

The Virginia-based nonprofit and its president, Nicole Neily, referenced an investigation launched in September 2020 after Princeton University’s president made similar statements. The DOE closed that investigation shortly before President Joe Biden took office.

Neily did not provide any further comment to The College Fix beyond a link to the statement.

No explanation of why school leaders called the district racist

The school district and its board would not answer questions, prior to the filing of the complaint, as to why it said the district practiced racism nor questions about those admissions meant it violated civil rights laws.

The board declared its support for Black Lives Matter and urged the community to help it fight racism.

“We are ready. We are acting. It is time for justice,” the April 21 statement said. “Black Lives Matter.”

The Fix reached out to all members of the Columbus Board of Education as well as the Board’s spokesperson, Jacqueline Bryant, for comment on the statement but did not receive a response in the past week.

The Columbus Board of Education did not respond to multiple requests for comment in the past week.

The Fix also contacted the Ohio Attorney General to inquire whether it had plans to investigate the Columbus Board of Education over their statement. The state AG’s office did not respond to the emailed requests for comment.

The DOE declined to comment prior to the filing of the complaint, instead directing The College Fix to its list of pending investigations, which did not include an active investigation into the Columbus school system for racism.

There are two pending cases as of April 30, the last time the department updated the list, against Columbus schools. Those cases were opened in 2014.

While the DOE may investigate Columbus’ schools for racism, it may have to stay in the state to investigate other school districts, such as Mad River.

The president of the Ohio School Boards’ Association, Scott Huddle, resigned from his role after questioning the existence of systemic racism, according to the Dayton Daily News.

Huddle made the comments during a recent Mad River school board meeting, where he is also a board member.

Editor’s note: The article has been updated to clarify that Nicole Neily is the president of PDE, but is not an attorney.