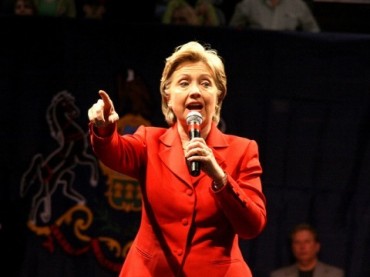 It’s one example of how a grassroots movement to get the first female president elected is taking hold on college campuses nationwide. Her mobilizers are already actively rallying support there, determined not to let a key voting bloc slip through her grasp this time.

In 2008, one of the critical sectors Clinton lost to Barack Obama in the Democratic nomination primaries was that of college-aged Millennials. This time, Clinton has Ready for Hillary behind her, a super-PAC dedicated to garner as much campus support as possible.

This isn’t her official initiative. She is yet to indicate if she is running, and whether she is behind the scenes pushing this effort remains unclear.

The super-PAC Ready for Hillary is working with 270 Strategies, a consulting firm started by Obama supporters, to employ the “snowflake model” on campuses across the country, reports the National Review. This model allows campus groups that calls themselves “Students for Hillary” to receive guidance from the super-PAC, but to adopt their own campaigning strategies.

Ready for Hillary’s youth vote coordinator, Rachel Schneider, has been traveling the nation to recruit students to serve on Students for Hillary groups on their campuses, according to a lengthy feature in Mother Jones.

Every week, Schneider holds video conference calls to teach groups the basics of campus organizing and campaigning. The super-PAC hopes to build strong student leadership in its Students for Hillary chapters by the fall, so that upperclassmen can aggressively recruit freshman classes and other students for votes, the article details.

Many of these groups are in their infancy, but the groundwork is being laid. Some are more ahead of the game.

At the University of Missouri, students have already plastered Clinton stickers to their backpacks and cars, due to its chapter’s extremely active work – its members have been tabling at a popular spot on campus in an effort to recruit 400 to 500 students by the end of the semester, the Mother Jones article states.

Caleb-Michael Files, the founder of Students for Hillary at the University of Missouri-Kansas City, explained to The College Fix in an email why his chapter feels the need to promote Clinton so early.

“As a very progressive student body with a very active chapter of College Democrats it was in the best interest of our students to start early,” Files said.

Files explained the UMKC chapter, which currently consists of about 20 to 25 students, believes that Clinton’s extensive and high-profile political involvement qualify her to serve as president.

“Hillary has the experience. From serving as a U.S. Senator, Secretary of State and First Lady, HRC has the experience, both foreign and domestic,” Files said. “Hillary is a mom… I am sure as hell ready for a mom to be my POTUS.”

The UMKC chapter is doing voter registration drives weekly. Next semester, they will launch a series of informational events and recruit students to sign pledge cards. They will also attempt to engage in rallying the off-campus community.

Dr. Paul Kengor, professor of political science at Grove City College and author of God and Hillary Clinton, said Clinton is very clever to mobilize college students this early. Since many colleges laud gender, race, and sexual orientation issues, Kengor said that a liberal female candidate “will be greeted with great fanfare and adulation.”

“[Colleges] are liberal bastions—left-wing ideological monoliths that trumpet diversity but reject it entirely when it comes to conservative viewpoints,” Kengor told The College Fix in an email. “The professors will embrace her as the second coming of Eleanor Roosevelt.”

However, Kengor does not believe that Clinton has the same appeal to young people that Obama did during his own presidential campaigns.

“I think a younger, hipper Republican candidate, like Marco Rubio or Rand Paul, would be more appealing to college students than Hillary Clinton,” Kengor said.

Kengor said that the vote is “wide open” in 2016, and that Clinton is “eminently beatable.”

“It would be insane for conservatives to cede the youth vote to Hillary in 2016,” he said.

According to a CIRCLE study, Mitt Romney would have won the 2012 presidential election if he had secured the youth vote in Ohio, Pennsylvania, Virginia and Florida.