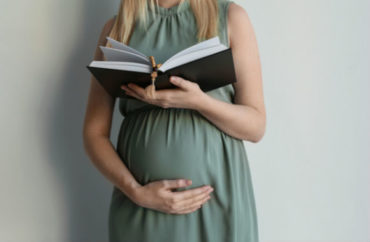 ‘Ridiculous’ health explanation for kicking them off campus

Liberty University reversed a policy that made it “easier to have a secret abortion than to choose life,” Kyle Eisenhuth, president of pro-life club Lifeline, wrote in a recent article for Students for Life of America about his efforts.

He started investigating pregnant student housing in spring 2017, when he and the former Lifeline president “decided this should be a priority of the club,” Eisenhuth told The College Fix in an email.

The new policy was approved shortly after Eisenhuth publicly confronted university officials about their noncompliance with Title IX, citing a letter from the Department of Education.

Implemented last semester, the new policy says Liberty’s Christian identity and pro-life stance mean that it’s “committed to supporting life, in all its stages.” That includes letting pregnant students “remain in the residence hall, if they choose.” The policy also automatically approves pregnant students to move off campus.

The previous code of conduct was “ambiguous” on the subject, Eisenhuth wrote in his SFLA article: “[A]ll it said was that students who engage in sex that results in pregnancy should ‘self-report their wrongdoing.’”

He emailed, called and made visits to different departments at the private Virginia university, but did not make any progress “in figuring out what the policy even was” for several months, Eisenhuth told The Fix.

After an awkward response to Eisenhuth’s pregnant-housing question at a universitywide town hall in fall 2017, two “high-ranking” officials gave him a “ridiculous ‘explanation’” for the ban on pregnant students in the dorms.

They cited “health concerns” for the mother and baby, including that “unborn children were more prone to the spread of deadly diseases that could spread through the dorms,” he said. The officials, whom Eisenhuth declined to name, also said a pregnant student was kicked out of the dorm on the theory that “she could fall down the stairs and that would harm the baby.”

Liberty media relations provided statements Thursday morning in response to several days of phone calls and emails from The Fix.

The administration claimed that it never required pregnant students to leave campus housing, citing “dated information” that “some staff apparently used when counseling pregnant students.” It did not explain why staff across multiple offices gave Eisenhuth incorrect or incomplete information for more than a year.

The pregnant-housing question appears to have also been ignored in the campus newspaper, the Liberty Champion, despite Eisenhuth putting officials on the spot at two public town halls.

It has quoted him in at least four articles about pro-life activism. Scott Lamb, the Champion consultant, told The Fix he wasn’t aware if it had covered the pregnant-housing issue.

Unlike most college newspapers, the Champion operates under the prior review of the Liberty administration and has admitted to killing stories at the direction of officials.

After this article was published, Eisenhuth claimed to The Fix that the administration “censored” an article about the pending policy change last April. Lamb of the Champion has not responded to a March 2 query on that claim.

A university just implemented a pro-life policy to support mothers.https://t.co/wrxTa9sJxt

‘Everyone was scared to answer the question’

Eisenhuth told The Fix he first confronted campus officials in public at the fall 2017 town hall, which featured nearly a dozen heads of different departments including housing.

“What is Liberty’s policy if a student becomes pregnant in regard to discipline and housing?” he recounted asking the department heads. “Everyone was scared to answer the question,” but one official – also left unnamed by Eisenhuth – eventually responded that those situations were dealt with on a case-by-case basis.

The two officials who told him about the “health concerns” also mentioned that families from Thomas Road Baptist Church have offered to house pregnant students. “However, not everyone wants to leave their hallmates and go live with strangers,” Eisenhuth wrote in his SFLA post.

After this, Eisenhuth applied to join the student government’s House of Delegates and was approved. He wrote several resolutions intended to make campus life easier for “pregnant and parenting students.”

They would give pregnant students excused absences – previously handled on a case-by-case basis and now handled by the accommodation office – and add six lactation rooms on campus next semester.

The resolutions would also require dorms to announce the school’s services for pregnant women and the university to offer “married housing” to single women who are pregnant or have children.

They would not change anything unless approved by the senior vice president of student affairs, Mark Hine, according to Eisenhuth. He said they must also be signed by Liberty President Jerry Falwell Jr., and “Dr. Hine will not sign anything that Jerry does not approve of.”

Eisenhuth said the resolutions were introduced in “January or February of 2018 and were not considered by [the] administration until November of 2018,” Eisenhuth told The Fix. “Some of these still are not happening until next semester.” He did not specify what the administration has agreed to change; The Fix has asked for clarification.

MORE: Liberty students can keep guns in their dorms

Sought exemption for abortion – not pregnancy

When Eisenhuth started submitting bills to help pregnant and parenting students, he didn’t realize Liberty was already obligated by law to let pregnant students stay in the dorms. Letting them live on campus was “originally just another one of these [Student Government Association] bills.”

He later discovered letters between the Department of Education and Liberty University, posted by SFLA’s Pregnant on Campus Initiative.

More than five years ago, in response to a complaint, the university sought a religious exemption from Title IX regulations that prohibit discrimination against students who have had an abortion.

It clarified that both male and female students were subject to sanction for violating its honor code provision on abortion, meaning it wasn’t discriminatory. But to satisfy the department, the university formally requested an exemption for its abortion policy on the basis of its “religious tenets.”

The Office for Civil Rights granted the sought exemption but reminded the university it was still subject to other Title IX regulations: “In the event that OCR receives a complaint against your institution, we are obligated to determine initially whether the allegations fall within the exemption here granted.”

Last spring, Eisenhuth started to call, email, and visit the housing, residence life and Title IX offices. Housing and residence life “ignored me or sent me in circles,” but Title IX was “extremely helpful,” he told The Fix. The office told him on his second visit that “conversations were happening high up in the University on the issue.”

No changes had been announced by the university’s spring 2018 town hall, though. Eisenhuth said he again publicly confronted campus officials with Liberty’s policy of kicking pregnant women out of the dorms, Title IX regulations, and the irrelevant exemption letter from the Department of Education.

He asked whether current policy therefore “discriminate[d] against pregnant students as per Title IX,” to which officials responded that they couldn’t discuss legal issues. Two weeks later, Dean of Students Robert Mullen told him the pregnant-housing policy would soon be changed.

“When a young woman faces an unplanned pregnancy, Christians should support her, not evict her from her housing,” Eisenhuth wrote in his SFLA post. “Thank you, Liberty University, for supporting women who choose life.”

‘Unfortunately, there was some confusion’

Both explain that “some time ago,” Liberty officials intentionally “opted not to claim a religious exemption on pregnancy policies in housing” from the Office for Civil Rights, contrary to their sought exemption from abortion discrimination rules.

This decision “allowed pregnant students the option of remaining in the residence halls or moving off campus without forfeiting their pre-paid housing fees,” the statements continue:

Unfortunately, there was some confusion and some staff apparently used dated information when counseling pregnant students, some of whom said they believed they were required to move off campus.

Stevens sent the second statement less than 20 minutes after the first, credited to the general counsel, that added: “It is important to note that pregnancy is not handled as a disciplinary matter at Liberty. Instead, pastoral ministry is offered to support pregnant students with compassion and care.”

After Eisenhuth reviewed the university’s responses to The Fix, he said they included “several lies,” based on his experience of “changing the policy and conversations with people who were removed from their dorm”:

If the policy was to allow them to stay, someone from the many departments and department heads I spoke with should have been able to tell me that pregnant students were permitted to stay. Nevertheless, Liberty is a good school, has made a good change, and we should focus on that.

The Fix asked Stevens to respond to Eisenhuth’s claims about “several lies” and the university’s refusal to approve student government legislation without Falwell Jr.’s support. “I’m sure leadership would dispute that but I doubt they’ll have a further response,” he responded: “I’m thinking the [previously released] statement will stand.”