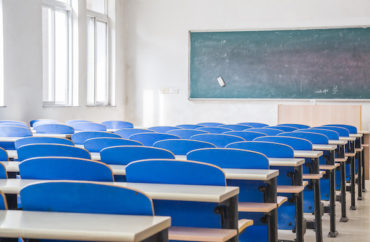 Fairfax County Public Schools, one of the largest school districts in the country, wants to move ahead with in-person learning. However, it remains at odds with the Fairfax Education Association and the Fairfax County Federation of Teachers.

“FCPS is working very hard to re-open to groups of students who are having the most difficulty with virtual learning first (non-English speakers, youngest children, Special Education and early Autism programs),” Lucy Caldwell, the district’s director of news and information, said in an email to The College Fix. “We are working very hard to match teaching staff who wish to remain virtual to students who also wish to remain virtual but that is not promised.”

A January 22 statement on the district website said that students will start returning in February for a hybrid model. “It is important for families to know that if you chose for your student to remain in in full-time virtual learning, you will have that option,” the school superintendent said in the message.

This push to start reopening has been aided by the effort to vaccinate teachers, a process that was demanded by the two unions. The unions asked that their members be declared essential workers by Virginia, but after receiving vaccination, backed off returning to the classroom.

“Over 5,000 have already been vaccinated with their first dose. We began last Saturday, Jan. 16,” Caldwell told The Fix. She sent The Fix a link to a news release from the district that said the district needed to pause vaccinations after it ran out of vaccine doses.

The Fairfax Education Association is less optimistic about a full, in-person reopening.

“We are still concerned that community spread is continuing to increase,” Kimberly Adams, the FEA president, said in an email to The Fix. “In Fairfax we are at more than 700 cases per 100,000 residents and our CDC school metrics call for less than 200 cases per 100,000.” Adams did not directly address a question about a preferred reopening strategy and a timeframe for reopening.

“It is unclear how many have been vaccinated at this time, however data provided by the school system shows that 90% have signed up for an appointment in the three week period following the Jan. 16 start date,” Adams said. “[But] we must see a downward trend in this data to return students to in-person learning. A hybrid model will be necessary until students can be safely vaccinated.”

The Fairfax County of Federation of Teachers has a similar position as described in its “11 Pillars of a Safe Reopening.”

A bipartisan group of Fairfax County parents has criticized the unions for slowing down reopening plans.

“The FEA president, speaking before the board, just confirmed she opposes returning to school next fall 5-days a week,” Open FCPS said in a January 21 tweet.

The FEA president, speaking before the board, just confirmed she opposes returning to school next fall 5-days a week. She said FCPS should stay in hybrid until kids are vaccinated. We note most experts expect this to happen in 2022 or not at all.

“If you are a teacher, parent, or community member who disagrees with the FEA’s stance, we ask that you join us in advocating for the children who need in-person education,” the group wrote in another tweet in its thread.

If you are a teacher, parent, or community member who disagrees with the FEA's stance, we ask that you join us in advocating for the children who need in-person education.
You need not call yourself an openfcpser, but regardless please use your voice now to stand up for the kids

School districts continue to face resistance from teacher unions about returning to the classroom.

Broward County Public Schools in Florida challenged the union’s fear about returning to the classroom by compiling a dossier of photos of its members in public places, including at a rally for President Joe Biden. The photo was taken prior to Biden’s inauguration though it’s not clear if it is from before the election or a rally leading up to the U.S. Senate races in Georgia.

One Chicago Teachers Union member urged her colleagues to oppose in-person learning, though she herself felt safe to travel. Sarah Chambers, a union board member and a special education teacher, continued to support remote learning while on a vacation in Puerto Rico.

About the Author
Adam Burnett
College Fix contributor Adam Burnett is a student at Illinois State University majoring in journalism with a minor in political science. Adam enjoys exercise, political debate, reading, and working on cars.