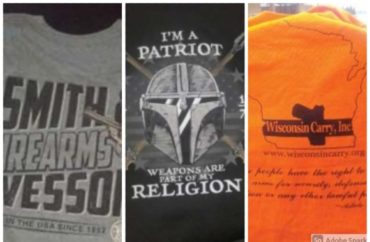 School officials claimed they ‘fail[ed] to convey a particularized message’

The Supreme Court has long protected student speech on public school grounds as long as it doesn’t “materially and substantially interfere” with the school’s operation.

Officials in two Wisconsin school districts came up with a novel way around the Tinker precedent: redefine what counts as “speech.”

A federal judge swatted down this move in a consolidated case brought by students whose gun-themed clothing was banned on school grounds. Officials claimed the clothing “fail[ed] to convey a particularized message,” so it wasn’t constitutionally protected.

“Not only did Plaintiffs intend to convey a clear message in wearing their shirts, it also seems clear that school authorities understood the message Plaintiffs were intending to convey, at least to the extent their message included an appreciation for the right to own firearms,” U.S. District Judge William Griesbach wrote in a short ruling earlier this month.

The two schools may yet be able to prove they were “justified in prohibiting Plaintiffs from conveying their messages in the manner and place chosen by them,” he concluded. But they are wrong that “the shirts lack constitutional protection” as a threshold matter.

Asked if the school officials’ argument was common, a First Amendment expert told The College Fix they should have known better.

“Restrictions of clothing based on the message that the clothing contains (as opposed to content-neutral dress codes) are treated as speech restrictions in K-12 schools, and are presumptively unconstitutional,” UCLA Law Prof. Eugene Volokh wrote in an email.

“The students didn’t threaten anyone, didn’t indicate any intent to bring firearms to school, and didn’t do anything that would incite a panic,” Frank LoMonte, executive director of the Student Press Law Center from 2008 to 2017, wrote in an email.

It’s not Judge Griesbach’s first ruling in favor of a student’s First Amendment rights. Last year he ordered a college to stop banning a student from handing out religious-themed Valentine’s Day cards or limiting where she could share them.

‘Merely advertisements’ with a gun

Their “motion for judgment on the pleadings” also insisted that two of the shirts were unprotected because they were “merely advertisements for companies that happen to have a picture of a firearm on them.”

Unusually for a ruling, Judge Griesbach included images of the clothing at issue (feature image, above).

Shattuck Middle School student “N.J.” wore a sweatshirt reading “I’m a patriot” and “Weapons are part of my religion.” It includes vertical renderings of “2A” and “1776” and a pair of crossed rifles.

While the judge described the image on the sweatshirt as a “medieval helmet,” the design is marketed as referring to the Disney Plus series “The Mandalorian.”

The student also wore a shirt sporting the logo of Smith & Wesson, the gun manufacturer, and the word “Firearms.” It includes a revolver in its visual design. N.J. “believes in the value to society of personal possession of arms as guaranteed by the Second Amendment,” according to his lawsuit.

High school student “A.L.” wore a shirt to school that promotes gun rights organization Wisconsin Carry, Inc., whose logo includes a handgun. The shirt also features a line from the section of the state constitution that protects gun rights.

A.L. “claims to be a Second Amendment supporter who believes in the value to society of personal possession of firearms,” the judge wrote.

The incidents at the two schools happened only eight days apart in February. N.J. was told to cover up a shirt that’s not at issue in the litigation, so his mother’s boyfriend brought the “Patriot” sweatshirt to school, according to Griesbach’s summary of the allegations. 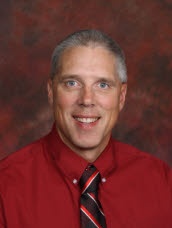 Sonnabend (left), the associate principal, deemed the sweatshirt to be inappropriate, so the boyfriend took N.J. out of school for the rest of the day. The student came back the next day in the Smith & Wesson shirt, and again, Sonnabend told N.J. to cover it up.

The student dress code requires clothing to be “appropriate,” the student argues, and the Neenah School District has a habit of targeting students in clothing “that depicts weapons, even in a non-threatening, non-violent manner.” 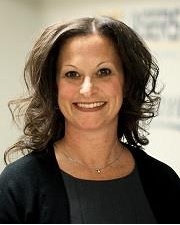 Principal Kaminski (right) allegedly told A.L. he had to cover up his Wisconsin Carry shirt with his jacket because the school dress code bans “threatening, violent, and illegal” clothing.”

The student claims this supposed requirement is not in the dress code, which also lacks objective criteria, and that the Kettle Moraine School District similarly targets all clothing depicting weapons.

‘Open to interpretation’ does not mean unprotected

Judge Griesbach wrote that the Supreme Court opened a “can of worms” with its Tinker ruling, which specifically upheld students’ rights to wear black armbands to school in protest of the Vietnam War.

He recounted at length Justice Hugo Black’s dissent, which said the armbands distracted students from their studies and “diverted them to thoughts about the highly emotional subject of the Vietnam war.” The high court was inviting students to “believe it is their right,” not that of the governments that hired their teachers, “to control the schools,” Black wrote.

“Whether or not Justice Black was prescient in his comments in his dissent fifty years ago is beside the point” since he was in the minority, Griesbach wrote. Shattuck and Kettle Moraine leaders did not even try to meet the threshold in Tinker: that the students’ pro-gun shirts interfered with “the operation of the school.”

Their argument that “printed words or pictures on a shirt” must convey a “clear and unmistakable” argument is not actually the law, the judge continued: “The fact that the message may be ambiguous and open to interpretation does not deprive it of constitutional protection.”

Each shirt contested by the school leaders “plausibly falls within the protection afforded by the First Amendment,” the judge wrote. N.J.’s Smith & Wesson shirt does not seem intended to propose “a commercial transaction” – a form of speech with less constitutional protection.

The Patriot sweatshirt’s design and text is “even more overtly political,” yet both are “intended to convey N.J.’s belief in the importance of the right to bear arms,” the ruling said.

The defendants tried to weaken high school student A.L.’s case by arguing he can’t cite the Wisconsin constitution gun provision on the shirt “because it is not included in the description of the shirt set out in the complaint,” according to the judge.

Griesbach overruled this objection, however, saying the shirt’s entire message – including the constitutional text – is analogous to a “document” that is “central to [A.L.’s] claim” and thus legitimate for the judge to consider.

Even if he didn’t consider the constitutional text on the back of the shirt, the front’s “language and image of a handgun … alone would appear to be constitutionally protected for the same reason” as the Smith & Wesson shirt’s message.

But he told The Fix that the 7th U.S. Circuit Court of Appeals, which governs Griesbach’s court, has a complicating precedent.

The Brandt decision of 2007, which involved a student protest against their school’s official class shirt, “concludes that words and images that aren’t sufficiently expressive of an idea or an opinion aren’t protected, at least in K-12 school,” Volokh wrote. Such ambiguity potentially allows infringement of First Amendment rights.

LoMonte, who now directs the Brechner Center for Freedom of Information at the University of Florida, doesn’t think there’s anything ambiguous about the case law. “A school can’t suppress non-disruptive political speech, and there’s nothing disruptive about voicing support for gun rights,” he said.