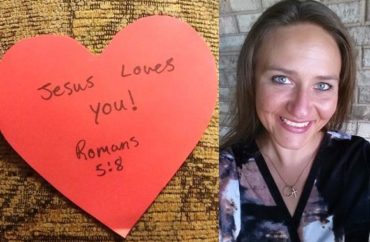 Revised policy is even worse, doesn’t make the case ‘moot’

The college tried to get her First Amendment lawsuit dismissed, claiming Polly Olsen had “unclean hands” and was threatening the confidentiality of student records by handing out valentines near the general studies office.

U.S. District Judge William Griesbach ruled that NWTC violated her First Amendment rights, and he banned the college from applying its “Freedom of Speech, Expression, and Public Assembly Policy” to stop Olsen from handing out the cards.

The morning she handed out cards last year, she visited the offices in the College of Business and gave them to “no more than five personnel,” according to the ruling’s summary: “There were no signs in the office area indicating that students needed permission to access certain areas.”

She visited the general studies office because a friend told her that a mutual friend was there. Olsen told the receptionist she would leave valentines on that person’s desk as well as another person’s desk:

Her practice of visiting Blasier and Casandra’s offices was consistent with her previous practice of visiting employees at NWTC for both personal and school-related reasons. She had freely walked through the General Studies office in the past without incident and had seen numerous other students do the same thing.

Someone called security to complain, and the incident report classified Olsen as “Suspicious activity and/or person.” Security officer Mike Jandrin told her “some people could find the message on her Valentines offensive or could consider her actions as solicitation.” (Olsen’s lawyers published the video footage this Valentine’s Day, and it doesn’t help the school’s case.)

After her lawyer and the school’s lawyer failed to reach an agreement, Olsen sued in federal court. The case made Olsen a minor celebrity in the conservative movement: She was invited to President Trump’s signing of an executive order on campus free speech.

The school quickly repealed the policy targeted in Olsen’s suit in a bid to render the case moot, but Judge Griesbach ruled that the new policy was even worse:

It is clear from its new policy, as well as its defense of its actions under its old policy, that NWTC has not and has no intention of ceasing the very behavior that gave rise to Olsen’s lawsuit. To the contrary, its new policy appears to have been enacted with the clear goal of more effectively arming NWTC to accomplish the same result: preventing Olsen and others from what the policy now calls “expressive activity” outside of the small number of designated “public assembly areas” within the boundaries of the campus. In other words, it remains NWTC’s position that it may lawfully prohibit students, such as Olsen, from freely handing out small pieces of paper such as Olsen’s Valentines with biblical verses or other messages written on them to friends, fellow students, and staff at the College who accept them.

The rest of the ruling was no better for the college and the taxpayers who fund its legal defense. “There can be no doubt” that Olsen’s handmade valentines were a “constitutionally protected form of expression” that resembles the long tradition of “handbilling” in America, which “predates the birth of this nation,” Griesbach wrote.

Olsen and the college disagree over the legal status of the areas where she was handing out cards.

NWTC insists the entire campus is a “nonpublic forum” except for expressly authorized free speech zones – “480 square feet of a 145 acre campus” that students had to reserve in advance under the old policy. She claims the areas she visited are “traditional or designated public forums.”

MORE: Student files lawsuit after college cracks down on Valentines

Griesbach goes even further than Olsen in protecting her right to distribute the valentines:

As an initial matter, Olsen did not need a public forum in order to lawfully convey her messages. … Traditional handbilling refers to handing out the same written material to members of the public in general, such as a pamphlet, advertisement, booklet, or campaign material. Each of the Valentines Olsen handed out, however, had a different message directed not to the public in general but to the person to whom she gave the Valentine.

Rather than “convening a political rally or religious revival meeting,” Olsen “simply sought to convey her messages of joy and love commemorating the day to her friends and others she encountered individually as she walked through the commons and hallways, and visited her friends in their offices,” the judge wrote.

Griesbach mocked the college’s weak rationale for claiming Olsen violated student confidentiality, noting her practice of visiting employees in their offices was well known and NWTC had no signage indicating it was a restricted area.

Unlike other cases cited by NWTC, Olsen is a student talking to specific individuals and there was nothing “captive” about her audience, the judge said:

The fact that one person anonymously complained about the message does not rob her of her right to convey her message to others who willingly accepted it. … NWTC had no more right to prevent her from handing out individual Valentines than it did to stop her from wishing each individual to have a “good morning and a blessed day.”

To top it all off, Griesbach judged the new policy unconstitutional in the way NWTC wanted to apply it. He said its definition of “expressive activity” is unconstitutionally vague, which is putting it mildly.

NWTC limits expressive activity to an expanded number of “public assembly areas” and bans it elsewhere, including the “distribution of literature” and “other forms of outward communication.” The judge is puzzled what form of communication is not outward, and what “literature” encompasses.

The college’s exception for “social, random, or other everyday communication” is also laughable because it requires “content-based considerations” to decide, Griesbach wrote. The judge cited a 2012 ruling against the University of Cincinnati for a similar policy that aimed to “restrict the speech of all students to limited topics,” which it had used to regulate the speech of its Young Americans for Liberty chapter.

If taxpayers are wondering what will stop NWTC from further violating the constitutional rights of its students and wasting their money on avoidable litigation, this ruling probably isn’t it.

Olsen only sought “nominal damages” and the judge agreed, fining the college one dollar. It can still enforce the revised policy, except for prohibiting students “from offering other students Valentines or similar notes,” he wrote.

Olsen’s lawyers at the Wisconsin Institute for Law & Liberty crowed even though the disputed policy still stands.

“This case was very simple,” President Rick Esenberg said in a written statement: “NWTC, through their Public Assembly Policy, sought to restrain and contain the First Amendment rights of students. That is, and always has been, unconstitutional.”