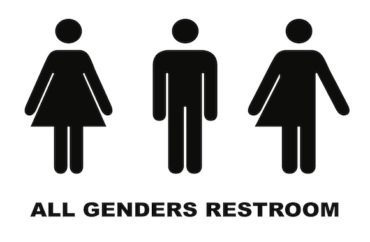 A U.S. District Court judge has issued a temporary restraining order that blocks the Biden administration from enforcing Title IX guidance that would sanction states that do not allow biological males to compete on girls’ sports teams and use their bathrooms.

U.S. District Judge Charles Atchley Jr. issued the order Friday, arguing in his 47-page ruling that the states that sought the restraining order were “left with no real option but to comply with guidance they firmly believe is unlawful” in violation of their sovereign states’ rights.

“Plaintiffs would be forced to abandon their duly enacted state laws,” the judge stated.

The ruling stems from an August 2021 lawsuit filed by 20 state attorney generals that seeks to block a Biden administration interpretation that Title IX covers gender identity.

Under the Biden administration’s guidance, the gender identity of transgender students and employees is protected by Title IX, which prohibits sex discrimination, and Title VII, which forbids discrimination based on race, religion, sex and national origin. But critics contend gender identity and biological sex are not the same thing.

Those states “have a concrete interest in the continued enforceability of their state laws,” which directly conflict with the federal guidance, Atchley ruled:

For example, Tennessee has a statute providing “[a] student’s gender for purposes of participation in a public middle school or high school interscholastic athletic activity or event must be determined by the student’s sex at the time of the student’s birth.”

Yet, the [U.S. Department of Education’s] Fact Sheet, which purports to explain existing obligations under Title IX, highlights that students should be allowed to participate on a sports team consistent with their gender identity, rather than biological sex.

Tennessee also has a statute providing public school students, teachers, and employees with a cause of action against a school that “‘intentionally allow[s] a member of the opposite sex to enter [a] multi-occupancy restroom or changing facility while other persons [are] present.”

In contrast, the Department’s Fact Sheet notes that students should be allowed to use the bathroom that aligns with their gender identity, and the EEOC’s Technical Assistance Document provides that covered employers must allow an individual to access a bathroom, locker room, or shower that corresponds to their gender identity.

Additionally, Plaintiffs claim that they are currently injured by [Biden’s] guidance documents, as the guidance puts substantial pressure on Plaintiffs to change state laws.

… Therefore, as it currently stands, Plaintiffs must choose between the threat of legal consequences—enforcement action, civil penalties, and the withholding of federal funding – or altering their state laws to ensure compliance with the guidance and avoid such adverse action. As other courts have recognized, being left to such an untenable choice inflicts substantial pressure on Plaintiffs to change their state laws—an intrusion sufficient to constitute an injury for standing purposes.

“The administration has been using the ruling to extend anti-discrimination protections to LGBTQ people in the U.S. in numerous areas of life. The Education Department’s guidance issued last year had been a reversal of the Trump administration’s stance that … transgender students were not protected by the law.”

But Biden’s Title IX interpretation has been widely panned.

“Transgenders enjoy numerous physical advantages over biological females. This contradicts the whole purpose of Title IX, which is to assure fairness for all students regardless of sex,” states a news release from SAVE, a group that works to protect students’ rights.

In response to the ruling, Oklahoma Attorney General John O’Connor tweeted: “A federal district court stopped the Biden Administration from enforcing its outrageous reading of Title IX. This is a victory for women’s sports and the privacy and safety of girls and women in their school bathrooms and locker rooms.”

A federal district court stopped the Biden Administration from enforcing its outrageous reading of Title IX.

This is a victory for women’s sports and the privacy and safety of girls and women in their school bathrooms and locker rooms.https://t.co/oqhkLBFcQT

The Biden administration has also come under fire for another set of interpretations it released last month that proposes sweeping changes to the Education Department’s interpretation of Title IX that critics contend will also drastically roll back students’ due process rights established under President Donald Trump.