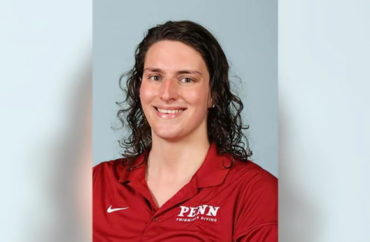 Two female University of Pennsylvania swimmers have recently voiced their frustrations to OutKick regarding their teammate, transgender Penn swimmer Lia Thomas, who is smashing collegiate records previously set by biological females in the sport.

Thomas has brought teammates to tears and created a sense of hopelessness among the female athletes, reports Outkick, which interviewed the students anonymously as campus brass has urged them not to talk to media:

The second Penn swimmer to come forward was at the University of Akron Zippy Invitational where she watched Lia Thomas beat fellow teammate Anna Kalandadze by 38 seconds in the 1650 freestyle. OutKick’s source described Penn swimmers on the Akron pool deck as upset and crying, knowing they were going to be demolished by Thomas.

“They feel so discouraged because no matter how much work they put in it, they’re going to lose. Usually, they can get behind the blocks and know they out-trained all their competitors and they’re going to win and give it all they’ve got,” the source said.

“Now they’re having to go behind the blocks knowing no matter what, they do not have the chance to win. I think that it’s really getting to everyone.”

According to Outkick, Thomas bragged on the sidelines at Akron about being number one in the nation.

“That was so easy, I was cruising,” Thomas allegedly said after one race. After another race, Thomas was allegedly unhappy with his time but said “At least I’m still No. 1 in the country.”

Another female swim teammate told Outkick that “Pretty much everyone individually has spoken to our coaches about not liking this. Our coach [Mike Schnur] just really likes winning. He’s like most coaches. I think secretly everyone just knows it’s the wrong thing to do.” 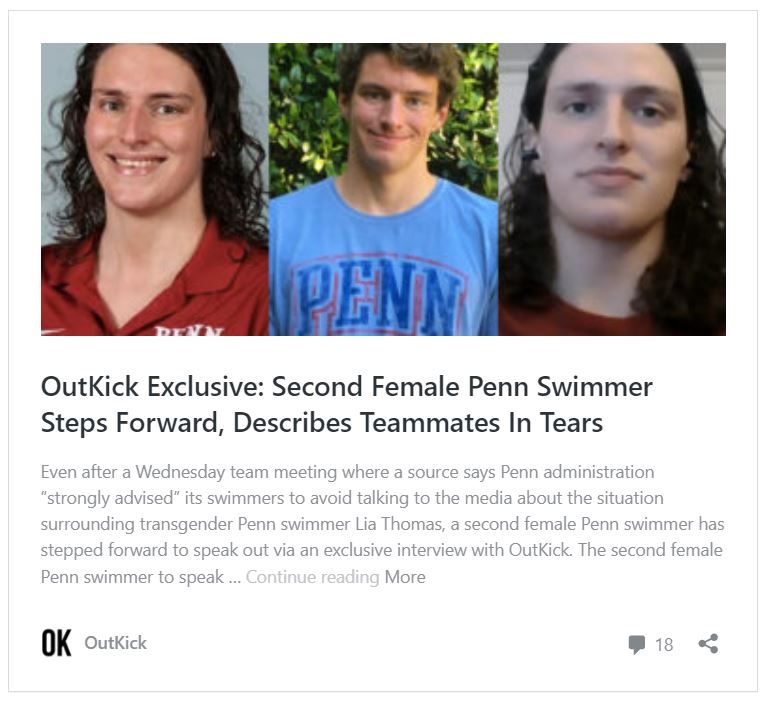 According to NCAA’s policy, biological males who identify as female can compete on women’s sports teams after one year of testosterone suppression treatment.

Thomas previously swam on the Ivy League university’s men’s team for three years and transitioned during the COVID year off.

“For Thomas’ first two seasons at Penn, she competed on the men’s team, most recently in November 2019, where she also achieved great success. She qualified for the Ivy League Championships in the 500 free, 1000 free, and 1650 free in her 2018 and 2019 seasons, finishing second overall in each event in 2019,” the Daily Pennsylvanian campus newspaper reports.

An editorial by John Lohn, Swimming World Magazine’s editor-in-Chief, urges the NCAA to not allow Thomas to compete at its March 2022 championships, calling it an “unfair setting.”

“Athletes transitioning from male to female possess the inherent advantage of years of testosterone production and muscle-building. There is also the advantage (in many cases) of larger body frames, hands and feet,” Lohn wrote.

“All of these traits are beneficial in the sport of swimming. In the case of Thomas, she had nearly 20 years of this testosterone-building advantage, something cisgender women could not attain. Although she took part in the testosterone-suppression process, a look at her performances clearly reflects that she is benefitting from the genetics of her birth sex.”