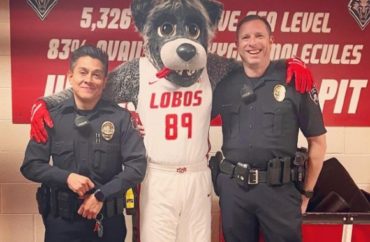 University of New Mexico students want to see more policing in the area, following a campus shooting that killed one student and left another wounded.

“The Associated Students at the University of New Mexico voted to approve a resolution calling for an increase in funding for the UNM Police Department during their last full senate meeting on Wednesday, Nov. 30,” campus newspaper the Daily Lobo reported.

Senators voted 19-0 in favor with one person abstaining from voting, according to the campus newspaper.

Although the legislation will not bind the administration to take a specific action, it came after conversations between the student government and campus officials.

“(The resolution) was born from students reaching out to us and to administration to express their concern about safety on campus,” student senator Mickenzie Chessman told the Lobo. “So then from that, I reached out to UNMPD and to Dr. Eric Scott, the (vice president) for student affairs, as well as the executive vice president for finance and administration.”

Chessman and a peer “met with them to discuss what’s being done presently to improve campus safety and then what we can do as students to continue advocating for that.”

She told the Lobo:

The number one thing is just forcing our support and our concern for safety on campus. So, the goal of the resolution is to, with that support, also show administration and to state level legislatures that this is a number one priority for students at UNM … The goal of this resolution is not necessarily to just be pro-UNMPD or pro-police in general, it’s more to just act as a stepping stone to improve campus safety overall.

The resolution is the latest example of students calling for increased policing in the face of violence on campus or in the surrounding areas.

A June 2021 shooting near the University of Minnesota, for example, led to greater policing and a 38 percent crime drop.

Nearly 400 professors at the University of Chicago, located in the city’s South Side, also demanded more safety patrols and cops after multiple murders of affiliates, including an alumnus and a student.