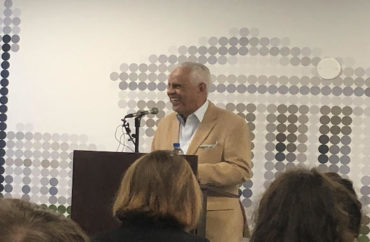 Wilder had previously been cleared of three other charges

RICHMOND, Va–  Former Virginia governor L. Douglas Wilder, a professor at Virginia Commonwealth University, announced today that a prior determination that he was responsible for nonconsensual sexual contact against a student has been reversed on appeal.

Wilder had previously been found responsible for the charge in July. An investigation had rejected three out of the four claims against him from a former student, but had determined Wilder had kissed her without her consent in February 2017.

At the time, Wilder vigorously denied the investigation’s lone finding against him. Today at a press conference on VCU’s campus, he announced it had been reversed.

“I am pleased that panel members confirmed what I have stated since the beginning of this investigation,” Wilder said. He said that a panel had heard his appeal last week over the course of a six-hour hearing.

Asked if he was worried that the controversy might damage his public standing in some way, Wilder expressed a belief that, while “the whole attempt” was meant to “tarnish [his] legacy,” public opinion was in his favor.

A campus spokeswoman said that Wilder remains a distinguished faculty member at the university.

This has been a breaking news update. This story will be updated as more information comes in.