A former official at New York City’s Department of Education was featured this past week in a lengthy New York Times Magazine story regarding big names in the anti-racism business.

As noted by The College Fix over a year ago, it was reported that some NYC DOE personnel had planned to sue the district for race-based discrimination, in this case anti-white discrimination.

Chancellor Richard Carranza was accused of promoting the theory that the district was awash in “toxic whiteness”; to put it another way, white people “can’t convey the message” about educational equity.

One of the now-former officials, Leslie Chislett, sued the DOE in October. Ironically, one of Chislett’s jobs was getting more minority students into Advanced Placement classes; she (rightly) says “it’s about creating a culture of high expectations.”

But Chislett ran into problems while attending race training workshops (she’s attended a total of ten since 2017). Her own colleagues on her “AP for All” team accused Chislett of “refusing to acknowledge her own white supremacy [and] racism.” A white colleague eventually gave her a copy of Robin DiAngelo’s “White Fragility,” telling her “she needed to study it. 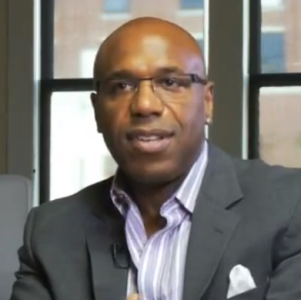 At a “Courageous Conversation” workshop two years ago, Chislett says her group was instructed to write down attributes of “white culture”:

Chislett felt she knew well by then the sorts of things they were meant to be writing, values that were critiqued at previous sessions: “individualism,” “Protestant work ethic,” “worship of data,” “worship of the written word,” “perfectionism,” “ideology of whiteness,” “denial.”

Indeed, as NYT Magazine’s Daniel Bergner notes, “Courageous Conversation” creator Glenn Singleton (left) specifically notes that so called “hallmarks of whiteness” include things such as “scientific, linear thinking,” “valuing written communication over other forms,” and the concept of merit.

When Chislett, who finally had had enough of Singleton’s and DiAngelo’s nonsense, refused to participate in this exercise, a (white) assistant principal began to cry, and a black principal from another group told her “I feel you’re a horrible person.”

Bergner notes DiAngelo would diagnose Chislett as “as fixating on her wounds to evade self-reflection.” He says:

Yet whatever the merits of Chislett’s lawsuit and the counteraccusations against her, she is also concerned about something larger. “It’s absurd,” she said about much of the training she’s been through. “The city has tens of millions invested in A.P. for All, so my team can give kids access to A.P. classes and help them prepare for A.P. exams that will help them get college degrees, and we’re all supposed to think that writing and data are white values? How do all these people not see how inconsistent this is?”

Regarding this, DiAngelo told Bergner that capitalism is “so bound up with racism,” but added she “avoid[s] critiquing capitalism” because she doesn’t want to give people ammunition to “dismiss” her. Which makes a sick sort of sense; capitalism gives DiAngelo a rather handsome lifestyle.

For his part, Singleton responded “If you hold that white people are always going to be in charge of everything, then that makes sense.” He added that he envisioned “a journey toward ‘a new world, a world, first and foremost, where we have elevated the consciousness, where we pay attention to the human being.’”

Are you ready for such a brave “new world”?