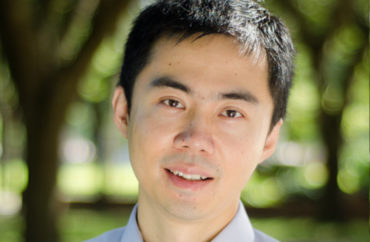 A former researcher at the University of Florida has been charged with obtaining over $1.75 million in research grants from the U.S. National Institutes of health while concealing his connections to the Chinese government.

Lin Yang, Associate Professor in the UF Department of Biomedical Engineering, faces six counts of wire fraud and four counts of making false statements to an agency of the United States. If convicted, he faces up to 140 years in prison and a fine of $2.5 million.

According to the indictment, Yang obtained the research money from NIH to develop and disseminate an imaging informatics tool for muscles known as “MuscleMiner.” In 2016, Yang established a business in China known as “Deep Informatics” which he used to sell products based on the research he gathered. The indictment states that Yang used his UF email address to set up the Deep Informatics website.

In materials for his Chinese company, Yang boasted his products “were the result of years of research supported by millions of dollars of U.S. government funding.”

At around the same time, Yang applied for and was accepted into a People’s Republic of China’s “Thousand Talents” Program that was associated with Northwestern Polytechnical University, located in Xi’an, China.

In order to continue receiving NIH grant money, Yang allegedly concealed his association with the Chinese government and his ties to Deep Informatics. In doing so, he is accused of filing false paperwork with the U.S. government omitting these connections. Further, in January 2019, he allegedly filed a false document with the University of Florida Engineering Department that omitted his ties to China.

“The taxpayer dollars that funded Yang’s research were intended to benefit the health and well-being of U.S. citizens,” said U.S. Attorney Lawrence Keefe for the Northern District of Florida in a U.S. Department of Justice statement.

Keefe said Yang engaged in “acts of deliberate deception” so that he could “further the research goals of the Chinese Communist government and advance his own business interests.”

“We are committed to working closely with the FBI, the Department of Health and Human Services, and our research institutions to identify, investigate and prosecute anyone who undermines the integrity of our nation’s research efforts by concealing potential conflicts of interest and commitment,” said Keefe.

According to the DOJ, Yang fled to China in 2019 and has not returned. Before receiving tenure at UF, Yang worked as a researcher at the University of Kentucky.

Yang’s arrest follows other recent examples of researchers working surreptitiously with the Chinese government. In August 2020, UCLA researcher Guan Lei was arrested for destroying a hard drive during an FBI investigation into Chinese theft of sensitive software and technical data. In May, former Ohio State University rheumatology professor and researcher Song Guo Zheng was arrested while trying to flee the country with stolen laptops and USB drives.

In June of last year, Harvard University Chemistry Professor Charles Lieber was indicted for making false statements about his involvement with a talent recruitment program sponsored by the Chinese government.