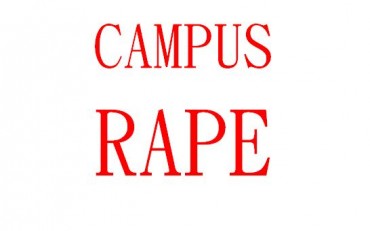 George Washington University educator and Fox News analyst Bob Beckel created a firestorm of controversy recently after he claimed rape is not common on college campuses.

In fact, the number of sexual assault reports at George Washington University totaled 11 in 2010 and 16 in 2011, about a 45 percent increase in just one year, according to Department of Education statistics.

What’s more, about 20 percent of women who attend college are victims of attempted or actual sexual assaults, according to federally funded research. Studies have also shown the vast majority of campus rapes go unreported.

But as Beckel, a Democrat commentator who is listed as a professorial lecturer of political management at George Washington University, debated co-hosts on the Fox News show “The Five” last Tuesday about concealed-carry weapons on campus in Colorado, he asked: “When’s the last time you heard about rape on a college campus?”

His co-hosts on the show lashed back.

But Beckel did not back down as he continued to downplay the existence of rape to explain why there is no need for women to have guns to protect themselves.

“Yes, date rape, that’s one problem,” Beckel said. “But are you going to take a gun out and shoot your date?”

Beckel, who has been affiliated with George Washington University for more than 10 years, defended his comments in a statement to POLITICO on Wednesday, saying he wanted to “straighten the record.” He said “date rape is rape, and that is, by any other definition, rape is rape.”

Every year, the U.S. Department of Justice conducts the National Crime Victimization survey to measure how many sexual assault cases are actually reported. The most recent survey found that 65 percent of unreported crimes between 2006 and 2010 were sexual assault and rape crimes. It was the second highest unreported crime other than household theft.

Meanwhile, in the last 60 days, reports of campus rapes and assaults have peppered the news.

•  University of Michigan: “A female student told University Police she was raped in a common area in West Quad residence hall early Sunday morning by a male subject after they walked to the University building together following an off-campus party.” The Michigan Daily, Jan. 14

•   University of South Florida: “University Police officers are still investigating the reported rape of a USF-affiliated man in a Marshall Student Center restroom. … The case, which was reported to UP last Friday, allegedly occurred in the second floor unisex restroom of the Marshall Student Center between two non-student males who were acquainted with each other. Last semester, two on-campus cases were reported to UP within a three-week span.” The Oracle, Jan. 29

•  Loyola University: “A Loyola student was raped by an acquaintance in the university parking garage Friday morning around 4:12 a.m., according to the Loyola University Police Department.” Nola Defender, Feb. 18

•  University of Massachusetts: “A UMass freshman is accused of raping a visitor in his dorm room.” WWLP.com, Feb. 22