UT launches investigations based on ‘a rumor’

No legal counsel allowed present. No ability to appeal. Denial of the right to a hearing.

These are not allegations by a human rights group on behalf of a persecuted minority against an authoritarian government. They are student allegations against an American university.

Four students are suing the University of Texas-Austin in federal court for violating their Title IX rights and due process under the U.S. and Texas constitutions.

Their allegations take aim at the labyrinthine regulations that the university can use to punish students, and the low threshold for launching an investigation.

The lawsuit does not specify the underlying offense allegedly committed by the students. It only says they were pledges in “Fraternity A” last fall and were accused of participating in “certain Fraternity A directed actions, which in no manner whatsoever harmed any other student or person” at the university or elsewhere.

UT spokesperson Shilpa Bakre did not appear to respond to allegations about the proliferation of regulations in an interview with The Daily Texan.

Bakre said the university “treats all students and student organizations equally under its rules and policies and does not discriminate on the basis of gender.”

The vague description of the offense recalls the punishment issued by Syracuse University against Theta Tau pledges a year ago. They were charged after leaked video of their participation in crude satirical skits drew outrage across campus.

The Foundation for Individual Rights in Education, which repeatedly denounced Syracuse for the proceeding against Theta Tau, told The Fix it was hard to evaluate the merits of the UT suit without knowing more about the procedures in the disciplinary proceeding.

Calling it an ‘investigation’ is a stretch

By simply posting the protocols online, the university assumes that “students are meticulously downloading, reading, and analyzing” them instead of paying attention to their coursework.

Students can become targets of investigation based on as little as “a rumor” about them. UT can also target them based on allegations by an ex-partner, “an enemy of the student,” or a student who has been found responsible for protocol violations and is “willing to offer names” for a lesser sentence, the suit claims.

Even the term “investigation” is a stretch to describe the UT process, the plaintiffs claim: The university’s actual steps “are shrouded in mystery and fail to follow any meaningful investigation as the term is generally used and considered.” It also interrogates targeted students without telling them the potential sanctions they could suffer.

UT does not have “written procedures” for investigations and interrogations, the suit claims.

The seemingly arbitrary appeal options are singled out in the lawsuit. In “most” cases, students can get a “paper” appeal to the Office of the President, meaning they can submit a written appeal rather than make their case in a live hearing.

But the procedures for appeal are “limited and confusing,” and in their case, the students were “denied any appeal,” including before a committee. The university offers a “semi-de novo hearing” before a committee of students, faculty and administrators in other cases.

If the students were indeed denied the right to an appeal, UT would have apparently contradicted its “discipline and conduct” rules, which state that accused students “may appeal a sanction assessed by the dean of students” to an appellate officer.

Students can face sanctions ranging from disciplinary probation, as the plaintiffs received, to “F” grades, “counseling or meditative sessions” and expulsion. UT also reserves the right to retain records of the “Draconian Disciplinary Dragnet,” as the suit describes investigations, for seven years.

Fraternities get the hammer, sororities get a pass

Dean of Students Soncia Reagins-Lilly called them into a meeting after hearing “rumors” about their participation in the unnamed fraternity “directed actions.” They weren’t allowed to bring an attorney.

The dean made “confusing” and “conclusory” arguments and allegations during the meeting. Reagins-Lilly relied on her “own unsupported assumptions and conclusions” and ignored that the students were “being coerced and under the duress” of the fraternity. 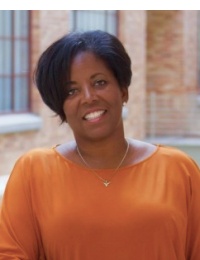 In the same meeting, the dean pronounced the students guilty by a preponderance of the evidence. Reagins-Lilly (left) said they would be placed on disciplinary probation and required to participate in a “Virtual Academic Integrity module tutorial.”

The lawsuit claims university officials, including President Greg Fenves, use the term “preponderance” without explaining what it means. As a result, UT is “purposely misleading” accused students “into believing that some sort of judicial process is being followed, which is wholly false.”

The university’s action “constitute disparate treatment of males” and have “a disparate impact on male students,” which violate Title IX, the suit claims.

The lawsuit demands the removal of the disciplinary proceeding and sanctions from their records, and $2 million in punitive damages for violating both Title IX and Section 1983 of federal civil-rights law. The latter provision lets people sue public officials for depriving them of constitutional rights.

Samantha Harris, vice president for procedural advocacy at the Foundation for Individual Rights in Education, told The Fix it was “difficult” to analyze the lawsuit.

That’s because of the absence of more information “about the appropriateness — or lack thereof — of the procedures UT used in the specific cases against these students,” she wrote in an email:

But generally speaking, so many college and university disciplinary processes — whether concerning Title IX issues or other disciplinary offenses — are fundamentally unfair, which is why this lawsuit is just the latest in a string of more than 450 lawsuits filed over the past 8 years regarding the lack of due process in campus judiciaries.

When students face suspension or expulsion, “FIRE considers the right to active participation of counsel and the right to a meaningful appeal to be essential elements of a fair process,” Harris said.