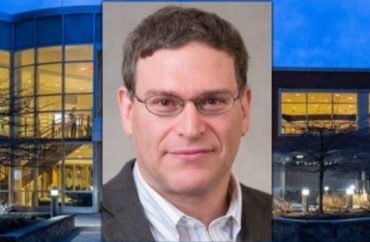 ‘While undoubtedly offensive to many, Kershnar’s speech is protected by the First Amendment’

A coalition of free speech and academic freedom groups from both the left and the right have come out in defense of Professor Stephen Kershnar, who recently made philosophical arguments supporting pedophilia and was suspended.

After his comments drew national ire, the State University of New York at Fredonia condemned them and placed Kershnar, known as a “Socratic gadfly,” under investigation.

But Kershnar has received statements of support from three major free speech and academic freedom groups, which do not defend his arguments — but defend his right to say them.

The Foundation for Individual Rights in Education argued that “Even if you accept Kershnar’s critics’ framing — that his statements could lead to erosion of laws criminalizing sexual abuse of minors — his views are still protected by the First Amendment.”

The association also pointed out Kershnar is well known for “controversial research interests.”

“In fact, Kershnar’s bio on the SUNY Fredonia website notes that he ‘has written one hundred articles and book chapters on such diverse topics as abortion, adult-child sex, hell, most valuable player, pornography, punishment, sexual fantasies, slavery, and torture,'” FIRE’s memo states. “The university didn’t have a problem with Kershnar’s patented devil’s advocacy and Socratic questioning until the online outrage machine manufactured a problem.”

“…While undoubtedly offensive to many, Kershnar’s speech is protected by the First Amendment. FIRE has provided Kershnar an attorney via our Faculty Legal Defense Fund.”

“There is, quite simply, nothing for the university to review under these circumstances. The university’s obligation in the face of this controversy is to provide a forum in which ideas, however extreme or misguided they may be or seem to be, can be articulated, criticized, and fairly debated,” wrote Keith Whittington, chair of the AFA’s academic committee, in a letter to SUNY Fredonia President Stephen Kolison.

On the center-right, the National Association of Scholars has also come to Kershnar’s defense.

In writing in the matter, President Peter Wood pointed out that Kershnar’s 2015 book, “Pedophilia and Adult–Child Sex: A Philosophical Analysis,” did not arouse controversy. He also noted the “philosophical gadfly” has authored numerous books “setting out what most people would take to be repugnant views on a wide variety of topics.”

But, Wood wrote, it was a January 2022 clip from an appearance on a podcast that went viral that did the professor in.

Kershnar had said, among other things: “Imagine that an adult male wants to have sex with a twelve year-old girl. Imagine that she is a willing participant. A very standard, a very widely-held view is that there is something deeply wrong about this. And it is wrong independent of its being criminalized. It is not obvious to me that it is wrong. I think this is a mistake and I think that exploring why it is a mistake will tell us not only things about adult child sex and statutory rape but also about fundamental principles of morality.”

In one video posted to YouTube, Kershnar asserted that “the notion that [sex is] wrong even with a 1-year-old is not quite obvious to me.” The video has since been removed for violating YouTube’s community guidelines, although the interview is still accessible on social media.

Wood argued that “[p]hilosophy professors sometimes delight in playing the role of Socrates who famously tested the validity of ideas by seeing whether they held up in every situation he could imagine.”

“…With that in mind I have decided that the NAS should indeed defend Professor Kershnar’s freedom to speak publicly on adult-child sexual relations and other matters, and should be restored without further ado to his active position at SUNY Fredonia,” Wood wrote. “I have reached that judgment because to defend the principle of academic freedom it is sometimes necessary to allow room for those who abuse it.”

“I would wish Professor Kershnar to discover better uses of his time and talent. Perhaps I would wish him to undergo a moral awakening, rather than dither his career away trying to create frissons among students who are easily shocked or more likely easily entertained.”

On Feb. 1, President Kolison had called Kershnar’s remarks “reprehensible,” saying that “the matter is being reviewed” by the university. On Feb. 7, several New York state lawmakers demanded the professor’s “immediate removal.”

Administrators banned Kershnar from campus “due to ‘safety’ concerns,” Inside Higher Ed reported. “Next, it announced that he’d been suspended until further notice. Kershnar has also had his teaching duties reassigned and has been banned from contacting students.”

Neither Kershnar nor SUNY Fredonia responded to a request for comment from The College Fix.

The faculty senate at Kershnar’s university has passed a resolution condemning his stance but also defending his right to academic freedom: “while the Fredonia University Senate supports academic freedom and Prof. Kershnar’s right to research this topic as well as his first amendment rights to speak on this topic, the Fredonia University Senate condemns Prof. Kershnar’s statements on sex with children in the strongest possible terms, finding them morally reprehensible and irresponsible.”

Outside of the broader media sphere, Kershnar’s words have had ramifications on Fredonia’s campus.

Some students have called for Kershnar’s termination, with one sophomore saying that “I hope they will remove him … I want to trust they’re going to do the right thing.” Other students reportedly boycotted Kershnar’s classes.

A student petition with more than 50,000 signatures asserted that Kershnar’s views “are directly harmful to a community already dealing with instances of sexual assault and struggles with consent” and calls for him to be fired.

MORE: Professor protested — but not canceled — for his COVID ‘scamdemic’ syllabus comments