Selling black-market iPhones is ‘not an alternative job, it is a crime’

As long as student media continue to print publications, school administrators will continue to censor them in the name of Mother Earth.

Following the lead of the University of Mary Washington, which zeroed out the print budget of its nearly century-old student newspaper because it believes in “stewardship of the environment,” Georgia State University is refusing to distribute the already printed Urbanite.

The Student Press Law Center reports that the summer magazine, published by The Signal campus newspaper, will not be distributed to incoming freshmen during orientation for the first time since the orientation agreement was reached in 2014.

Three weeks after 10,000 copies of the 52-page Urbanite had already been printed – and 2,000 copies delivered to administrative offices – an administrator emailed Editor-in-Chief Daniel Varitek to say the orientation agreement was off.

Heather Housley, director of international student and scholar services, said the administration wants to “avoid using paper as much as possible.” Varitek said this didn’t make sense because he had been consulting with Housley on orientation logistics for the magazine for the prior month and a half.

The content of the magazine appears to have worried the administration. Editors cited an article on students with “alternative jobs, including a stripper, a sugar baby, a marijuana dealer and a black market iPhone flipper,” as the likely culprit.

Varitek said he finally got a meeting with another administrator, the newly appointed Vice President for Student Engagement and Programs Allison Calhoun-Brown (below), who more or less conveyed that “we don’t want to be seen as endorsing this content.”

The Signal published an article on the reversal, based on emails it obtained in a public records request:

In an email to Boyd Beckwith, the Student Center director, on May 23, Calhoun-Brown included a scanned image of the article on page 33, titled “Students with alternative jobs.”

The article, which served as a dichotomy to another, “On-campus jobs for everyone” on page 36, featured a stripper, a sugar baby and a marijuana dealer.

“I am reading the Signal’s Urbanite and have some questions about how this publication [sic]. Please see the attached page as an example of my concern,” Calhoun-Brown’s email stated. “Black marketing selling is not an alternative job, it is a crime.”

That same day, Calhoun-Brown sent an email with her decision that they would “not use the Urbanite publication for new student orientation this year.”

When Varitek received the notice on June 3, the cause for removing the publication didn’t mention Calhoun-Brown’s concern about the article on page 33 at all. …

In the emails obtained through the open records request, a discussion of paper usage as it pertains to The Urbanite was never mentioned prior to the decision. 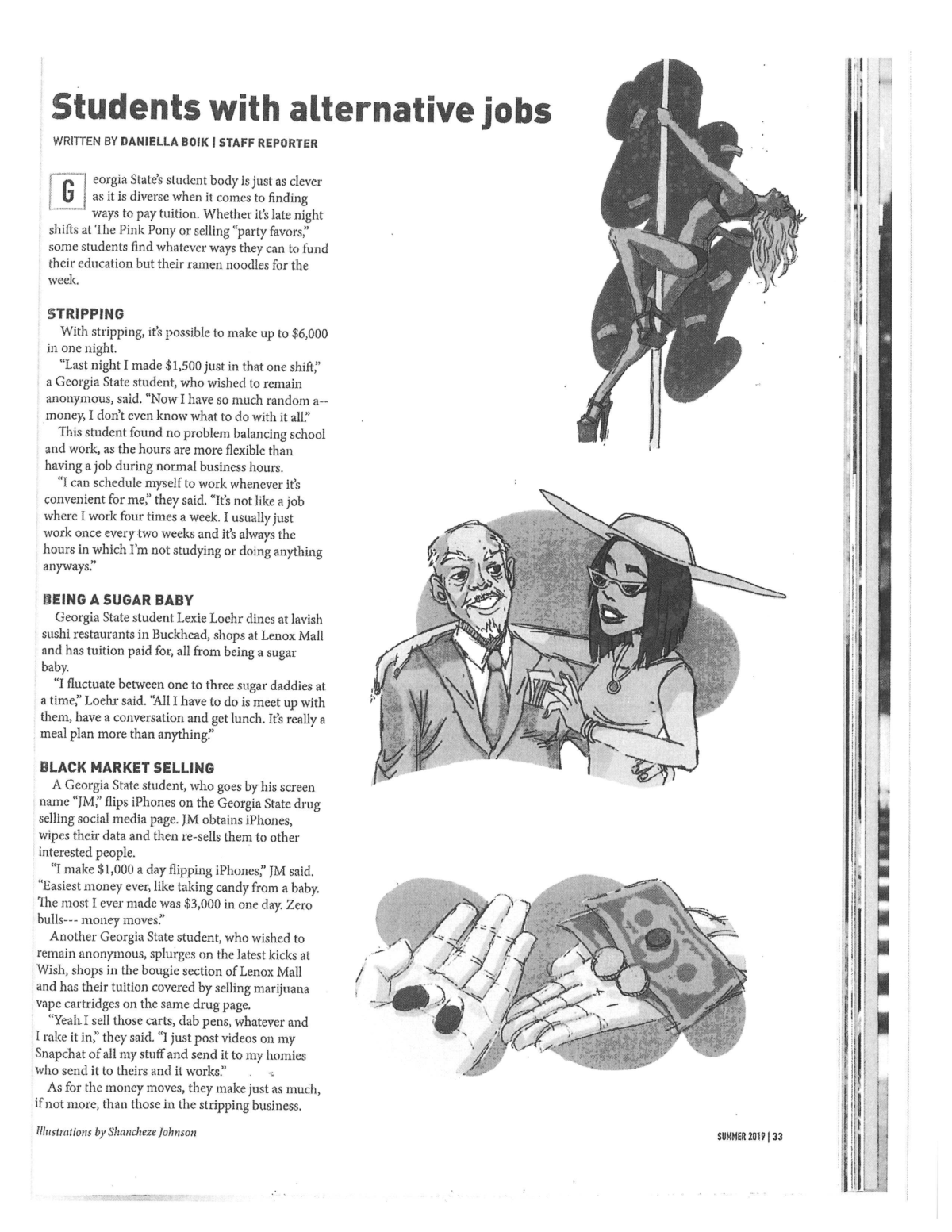 When a top student government official complained to Calhoun-Brown about the orientation reversal, the administrator said the “enhanced small group experience” in the revised orientation program would obviate the need for the Urbanite.

Varitek told SPLC that the magazine is specifically targeted to incoming freshmen, with previous issues featuring “spreads on student organizations, athletics and Greek life.” This version cost $8,000 to produce.

The administration denied that Calhoun-Brown’s email is a smoking gun, even though it represented a pivot from positive discussions about the Urbanite going back to early March.

Andrea Jones, associate vice president for public relations and marketing communications, told The Signal “there was concern about distributing the Urbanite in the bags given to students by the university”:

It is also true that the university is limiting the amount of print materials being distributed at orientation. There was never an attempt to censor students or the publication. The Urbanite is still widely available to students.

That is disingenuous, according to Varitek, who told SPLC the newspaper staff “will be lucky to hit maybe 50% of what were planning to hit with our distribution.”

Guaranteed distribution to 5,000-7,000 students via the orientation bags will have to be mitigated by manual distribution by editors at 20 orientations throughout the summer, he said.

Read the SPLC and Signal reports.