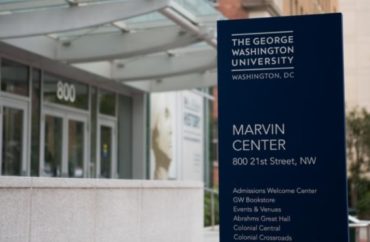 George Washington University is stripping the name of Cloyd Heck Marvin, its longest serving president, from a central campus building after a renaming committee determined Marvin was too racist to keep his name on it.

The Board of Trustees voted to rename the Marvin Center to the University Student Center on the committee’s advice, the university announced Monday.

“The university will begin the process of changing the signage and other references to the Marvin Center that currently are used in university materials, and it is developing an approach to educate the community about former GW President Cloyd Heck Marvin,” GWU stated in a news release.

Marvin served as president from 1927 to 1959. His support for racial segregation was the main sticking point.

“Marvin sought to prevent Black students from enrolling at the University and threatened to kick GW Hillel off campus as part of a presidency that community members remember to be marked by discrimination,” the GW Hatchet student newspaper reports.

Next on the possible chopping block?

The university is also actively considering whether to scrap its colonials nickname.