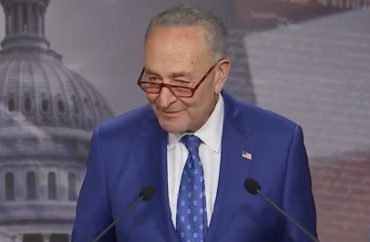 Harvard University could not convince Senate Democrats to remove an endowment tax from the recently passed “Inflation Reduction Act,” a new tax and spending bill that will replace the Build Back Better legislation.

A lobbyist for the Ivy League university wanted the legislation, which passed the Senate on Sunday and is expected to pass in the House, to repeal or modify the 1.4 percent endowment tax, according to Inside Higher Ed.

The 2017 Tax Cuts and Jobs Act, signed by President Donald Trump, enacted the tax. The education publication obtained emails from Harvard lobbyist Suzanne Day that encouraged the recipients to contact Senate Democrats to either eliminate the tax or modify it to give a break to universities that spent a certain amount on aid to low-income students.

It’s not clear from the Higher Ed report who specifically Day was emailing.

House legislation to modify the tax remains pending in committee since being introduced in September 2021. The prior Build Back Better version which passed the House but not the Senate, repealed the tax, according to Inside Higher Ed.

The College Fix sent multiple emails to Day, asking for her reasons behind wanting to reduce or eliminate the tax and also requesting from her the total spending of Harvard’s endowments each year and what constitutes the expenses.

The Fix received no response to emails sent in the past three weeks.

“I write to urge you to engage with Democratic Senators and allies to press for action on this in the pending FY22 reconciliation bill,” Day wrote in her email, according to Inside Higher Ed. The publication did not publish a copy of the email.

“We believe this is one of our best chances for improvement in this policy,” Day allegedly wrote. “This would transform the existing provision from a politically motivated, damaging tax on charitable resources to a family-centered policy making college more affordable without debt.”

“We believe this approach puts the reform of the endowment tax clearly within the framework for the new reconciliation bill that is being negotiated,” Day reportedly wrote.

The endowment tax applies to any college with endowments larger than $500,000 in assets per student. Harvard in particular received approximately $39 billion in private endowments in 2019 according to Education Department data analyzed by Inside Higher Ed.

The Fix contacted Massachusetts’ two Democratic Senators Elizabeth Warren and Ed Markey by email on July 20 and 26 and called the Washington D.C. and Springfield, Massachusetts office locations on July 22 and Aug 3. Phone calls were not answered and voicemail messages indicated that due to coronavirus, staff were not in the office at all times.

The Fix asked if a representative of Harvard had contacted their offices or met about the issue and whether they support the repeal or amending of the endowment tax.

Neither of the senators’ offices picked up the phone. Markey’s Press Secretary Ahmad Ali, was the only one to give an email response.

“Senator Markey’s schedule is packed tight this week, and unfortunately, he will not be available,” Ali wrote. The Fix followed up with Ahmad to ask if he could answer a question on Sen. Markey’s behalf, but no answer was given to two follow-up emails in the past two weeks.

Harvard President Lawrence Bacow met in May with Senator Majority Leader Chuck Schumer and other political leaders to lobby for a change in the tax, according to The Harvard Crimson.