Harvard has received a “code red” rating from the Foundation for Individual Rights in Education, a campus watchdog group. FIRE is a nonpartisan nonprofit with a stated mission to “defend and sustain the individual rights of students and faculty members at America’s colleges and universities.”

The policy that received the red light states that Harvard “defines racial harassment as actions on the part of an individual or group that demean or abuse another individual or group because of racial or ethnic background. Such actions may include, but are not restricted to, using racial epithets, making racially derogatory remarks, and using racial stereotypes.”

A red light from FIRE means the organization has determined the university “has at least one policy that both clearly and substantially restricts freedom of speech.”

“A ‘clear’ restriction is one that unambiguously infringes on what is or should be protected expression. In other words, the threat to free speech at a red light institution is obvious on the face of the policy and does not depend on how the policy is applied,” the group states.

The College Fix reached out to Harvard repeatedly through several channels to learn more about the rule, including how the school defines a “racial stereotype” and if, and how, the policy is ever actually enforced.

Harvard’s own experience with racial controversies has been well-documented in recent months and years. Students for Fair Admissions, a group representing over a dozen Asian-American students rejected from Harvard, has argued that the school illegally discriminates against Asian applicants.

The group earlier this year filed an appeal to a federal ruling declaring that Harvard did not illegally racially stereotype Asian students during the admission selection process.

In its handbook, the school encourages students to report each other if they suspect they’ve been targeted on the basis of their skin color.

“Any member of the College community who believes that they have been harassed on account of race is encouraged to bring the matter to the attention of their Resident Dean or the designated race relations adviser in their House or First-Year Yard,” the book states. 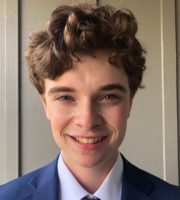