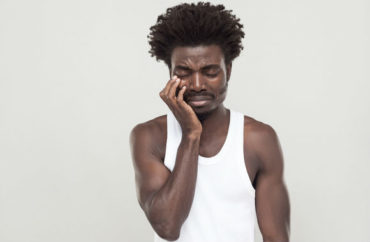 A new federal lawsuit against Harvard University, alleging violations of Title IX, due process and its own contractual obligations, leaves Princeton University the last Ivy League school to not get sued by an accused student.

The suit also accuses Harvard of discriminating against both “John Doe,” who was suspended until fall 2019, and his accuser because they are African American.

Both had requested “informal resolution” of their dispute, but Harvard denied it based on the “seriousness” and “severity” of Doe’s alleged behavior and the “potential risk of a hostile environment” for other students.

Harvard never imposed interim measures to protect “Jane Roe” or the university community, however, suggesting the rationale for the refusal was “tenuous at best,” Doe claims. He and Roe were treated differently than “white students in similar situations.”

The university did not respond to a request for comment from The College Fix.

It’s not the only lawsuit Harvard is facing for allegedly treating students differently because of their race.

Assigned to Obama appointee Indira Talwani in Boston federal court, the lawsuit is a pretty run-of-the-mill complaint by an accused student against his university, Doe’s lawyer Andrew Miltenberg told The Fix. “The only reason we’re talking about it is because it’s Harvard,” he said.

No interim restrictions on supposed threat to campus

Doe and Roe were “good friends” from an a capella group when the disputed incident took place in April 2017, according to the suit. They had been drinking at a party after a concert and “engaged in flirtatious behavior with one another.”

Doe and “Witness 1” helped Roe carry equipment back to her university apartment after the party, at which time “Roe invited Doe to stay the night,” he claims. They engaged in “consensual sexual activity” in spite of the fact that Roe had a boyfriend, leading her to question him the next morning about whether they “hooked up.”

Roe’s question did not suggest she was unable to consent during the activity, according to the suit. She was an “active and willing participant” in their amorous behavior even at the party, where they engaged in “consensual sex acts,” and she walked up three flights of stairs without help when they returned to her place.

Doe told her twice that “nothing” happened between them, but the tone of the second conversation indicated to him that they “were tacitly agreeing to never discuss it again.”

The following day they met personally to “clear the air,” according the the suit, and Doe admitted he performed sex acts on her short of intercourse.

A month later, Doe received notice from Title IX Coordinator Brigid Harrington that he was the subject of an investigation in connection with his encounter with Roe. The proceeding went on to discriminate against Doe repeatedly, the suit claims.

He didn’t get a copy of the “signed and dated” complaint for two months. Harrington insisted on interviewing him by phone when he was out of the country for summer break, even though Doe wanted to sit for an in-person interview.

She “coerced” him into the phone interview by withholding evidence from him. Even during the phone call, Harrington simply “read aloud her notes” summarizing other interviews and forced Doe to answer questions based on witness statements he had not reviewed.

The phone interview wound up being the only time the coordinator would talk to him, and Doe was never given the promised typed notes from the call or other witness interviews, he claims.

Racial discrimination entered the picture four months later, when Harvard recoiled at the mutual proposal by Roe and Doe to resolve their matter informally – an idea first suggested by Roe.

Not only would this let them “amicably” resolve their dispute, but it would spare them the distraction of an “unnecessarily prolonged investigation” that could hurt their academic performance, the suit says.

William McCants, director of Harvard’s Office of Dispute Resolution, rejected both Roe’s proposal and Doe’s request for reconsideration on the aforementioned grounds that it could hurt the community. He ignored “the fact” that Harvard had never imposed interim restrictions on Doe, who was supposedly a threat to campus from May through September.

‘Infidelity’ ignored as motive for accusation

When the parties were given the draft investigative report in late September 2017, Doe took issue with several of its findings and Harrington’s methods.

Harrington took Roe’s “self-reported” intoxication level “as fact” and only interviewed parties who “would confirm her account,” including her boyfriend, who was not a real witness, Doe claims.

The coordinator ignored Roe’s “motivations” for filing a complaint – “to justify her infidelity to her boyfriend” – and her boyfriend’s physical threats to Doe and promise to get him expelled.

Her testimony on her alcohol consumption also changed several times, reversing her claims that she participated in a drinking game and that she only had one shot. Roe’s account of how much she remembered about the night also kept changing.

“Harrington acknowledged these inconsistencies but did not address them in the final report or consider them in assessing complainant’s credibility,” the suit says.

“Witness 1” was also deemed credible despite “attempting to perform his own investigation and coerce Doe into confessing.” Even after Witness 1 stopped participating in the investigation, his statement was “inexplicably” included in the final report.

Harrington also failed to seek out “any potential exculpatory evidence,” such as cell phone and key-card swipe records. The Harvard official also ignored video surveillance that would have shown Roe’s “ability to walk home unassisted and without displaying any visible signs of incapacitation,” the suit alleges.

Harvard is a ‘state actor’

The suit reminds Judge Talwani that dozens of Harvard’s own law professors publicly criticized the university in 2014 for implementing sexual harassment rules that not only violate due process but “the rule of law generally.” One specific criticism was that its Title IX office is not “structurally impartial.”

Doe claims that Harvard was “coerced by the federal government into complying” with its 2011 nonbinding Title IX guidance “and by subsequent federal actions, statements, and directives.”

Even though Education Secretary Betsy DeVos* rescinded this guidance while Doe and Roe were requesting an “informal resolution,” Harvard has declined to change its practices.

The suit claims Harvard reached an “erroneous outcome” against Doe because it showed gender bias toward his accuser. Not only did it give greater weight to her claims “despite the availability of evidence refuting her claims,” but Harvard also refused to inquire about Doe’s own level of intoxication.

The final report also emphasized the “impact” Roe had suffered from the incident but said nothing about Doe’s losses, particularly having to leave the a capella group and “stay away from a number of his closest friends.”

Harvard also ignored its sexual misconduct policy by refusing to grant an informal resolution “without sufficient explanation,” among other breaches of its contract with Doe, he claims.

The suit claims Harvard is a “state actor” by virtue of adjudicating sexual misconduct and applying sanctions, citing a Supreme Court ruling against a nonprofit athletic association in Tennessee.

It fits all the high court’s conditions for such a designation, responding to the Obama administration’s “coercive power” and “significant encouragement,” and its activities are “entwined with government policies,” he claims. That makes Harvard liable for violating Doe’s 14th Amendment rights.

The suit explains why a recent 6th U.S. Circuit Court of Appeals decision against the University of Michigan should be applied to a private university in the 1st Circuit.

Harvard did not give Doe “some sort of hearing” or the ability to cross-examine his accuser when the university’s determination turns on credibility, as the 6th Circuit now requires.