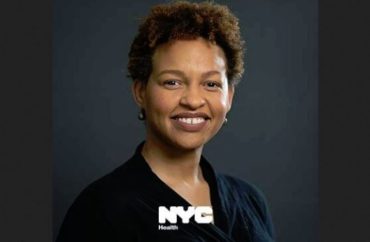 According to Fox News.com, Dr. Michelle Morse made the remarks while referencing NYC’s “birth equity” initiative.

Guardian Angels founder and former NYC mayoral candidate Curtis Sliwa responded to Morse’s tweet with one of his own:

My mother Francesca who is white was delivered by a midwife who was white under a sink on Stillman Street in a cold water flat back in the 1920’s. According to Dr Morse what would that make my grandmother? How ridiculous

According to her Linkedin page, Morse has been an assistant professor at Harvard Medical School since 2019, and a clinical instructor since 2012.

A pinned tweet on her Twitter account promotes the concept of “applicative justice” which “demands reparations and systemic actions” to deal with centuries of racial discrimination against people of color. Earlier this year it was revealed New York City began considering patients’ race “when distributing potentially life-saving COVID treatments.”

Applicative Justice is an ethical framework that demands reparations and systemic actions to address the discrimination BIPOC communities have faced for centuries.” For more: https://t.co/YlOzVvafaQ @HenryCAshworth and Derek Soled pic.twitter.com/9UeITwEba3

The study mentioned in Morse’s pinned tweet is related to a previous study of which Morse is a co-author. About a year ago, Morse and several academics concluded that a “restitutive program targeted towards Black individuals would not only decrease COVID-19 risk for recipients of the wealth redistribution [but] the mitigating effects would also be distributed across racial groups, benefiting the population at large.”