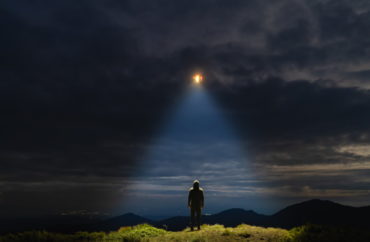 A new report from the U.S. Director of National Intelligence detailing the prevalence of unidentified flying object sightings over the past 17 years has one Harvard professor urging more research into whether humans have been visited by life forms from other planets.

“The Pentagon report delivered to Congress on June 25th is intriguing enough to motivate scientific inquiry towards the goal of identifying the Unidentified Aerial Phenomena,” Harvard Science Professor Avi Loeb told The College Fix in an emailed statement. “Some of the UAP discovered since March 2019 — when a new reporting mechanism was established by the US Navy, are likely real objects whose nature is unknown.”

According to the government report, 144 sightings of unidentified flying objects have been reported by government employees since 2004. Other than one case that was identified as a deflating balloon, each sighting has been categorized as “inconclusive.”

In 80 cases, objects were detected by multiple technological sensors mounted on military platforms — but as the report acknowledges, the sensors “are not generally suited for identifying UAP.”

The report says some objects “appeared to remain stationary in winds aloft, move against the wind, maneuver abruptly, or move at considerable speed, without discernable [sic] means of propulsion.”

“Most UAP might have mundane explanations, but even if only one object is of extraterrestrial origin – it would have a huge impact on society,” Loeb said. “As we have learned from the discovery of quantum mechanics a century ago, experimental anomalies are the precursor for progress in our scientific knowledge.”

It is the second-to-last category that has prompted the U.S. government to take UFO sightings seriously.

“UAP pose a hazard to safety of flight and could pose a broader danger if some instances represent sophisticated collection against U.S. military activities by a foreign government or demonstrate a breakthrough aerospace technology by a potential adversary,” the report states.

Some professors are skeptical of the possibility these UFOs could be of interplanetary origin.

“There is no evidence of that so far,” Penn State history professor Greg Eghigian told The College Fix via email. “There remains a lot more research to do before we can draw such a conclusion.”

Eghigian, author of the 2017 study, “Making UFOs Make Sense: Ufology, Science, and the History of their Mutual Mistrust,” has traditionally been more cautious in the matters of extraterrestrial speculation.

“My job is not to prove people correct or help bolster arguments, but at the same time it isn’t to debunk those people, that is not really the game,” Eghigian said in 2020 after the Pentagon released video of what appeared to be videos of UFOs.

“I am trying to understand how this whole phenomenon and how this interest in flying saucers and UFOs developed and emerged, the kinds of ways it’s changed over many decades, and how and why it’s grown the way that it has.”

Eghigian said the idea these UFOs may be foreign surveillance drones is “one of the more obvious possibilities.”

“Keep in mind, the report makes clear something that past government-sponsored investigations showed: there is likely to be multiple explanations for these sightings, not just one. There is still a lot of work to be done.”

Loeb, who authored the book “Extraterrestrial: The First Sign of Intelligent Life Beyond Earth,” said he believes much of that work is likely to be done via the private sector, rather than through government or academic research.

“Federal agencies, guided by committees led by mainstream scientists, will naturally be slow to adapt to these new challenges,” he said. “But my tour through the landscape of philanthropy implies that the private sector is more open-minded to fund a proper response.”

Loeb implored his fellow academics to take extraterrestrial research more seriously, given the public’s fascination with the issue.

“If academia would respect the public’s interest in UAP, a new normal may be established in which much more funding and talent will be drawn to the pursuit of evidence-based knowledge in the way that Galileo envisioned it,” he said. “There is nothing more exciting than a paradigm shift in the way we perceive our place in the universe. Just as my daughters benefited greatly from being exposed to smarter kids in kindergarten, Silicon Valley entrepreneurs might acquire new aspirations from alien technological equipment.”

Loeb said he was surprised the Pentagon report received pushback from both academics and Search for Extraterrestrial Intelligence advocates.

“Just as in Galileo’s days, they prefer not to look through telescopes and argue that they need ‘extraordinary evidence’ before contemplating the possibility that any anomalous object might be the product of extraterrestrial technology,” he said.

MORE: Harvard Department of Astronomy chair: We were visited by an alien artifact 3 years ago

IMAGE: We Are / Shutterstock