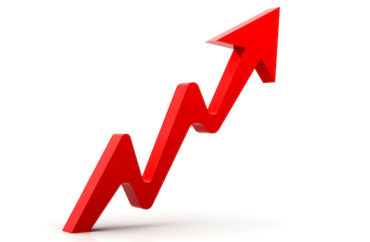 A new research paper out of Harvard argues that the United States will need to increase the number of COVID-19 tests it administers many thousands of times over before it will be safe to re-open the American economy.

The paper, written by scholars from multiple institutions and published through Harvard’s Edmond J. Safra Center for Ethics, argues that U.S. medical authorities need to increase the average number of daily coronavirus tests in the country to a staggering 20,000,000 “by late July” in order for public health officials to feel satisfied that economic activity can resume.

That’s an increase of around 13,200 percent of present average daily testing in the United States, which has hovered around 150,000 tests per day. The researchers argue that the increased testing capacity is “vital for disease monitoring, rapid public health response, and disease control.”

The paper claims that such testing capabilities will negate the need for a cyclical opening and closing of the economy:

The great value of this approach is that it will prevent cycles of opening up and shutting down. It allows us to steadily reopen the parts of the economy that have been shut down, protect our frontline workers, and contain the virus to levels where it can be effectively managed and treated until we can find a vaccine.

We can have bottom-up innovation and participation and top-down direction and protection at the same time; that is what our federal system is designed for.

The researchers argue that, if these rules are followed, “most [economic] activity” can resume by August, though they argue that the testing protocol will “require a rapid coordination of business activity unprecedented since World War II.”

The economically devastating shutdowns that have been implemented throughout the United States were originally presented by public health authorities as a means of “flattening the curve” so that the healthcare system did not collapse under the weight of COVID-19 hospitalizations. Yet in recent weeks officials have begun insisting that the only way for the U.S. to re-open its economy is by implementing a massive, nationwide testing protocol.

Nearly 30 million people have filed for unemployment since the shutdowns began.

MORE: Coronavirus could be ‘exterminated’ if lockdowns were lifted, says epidemiologist