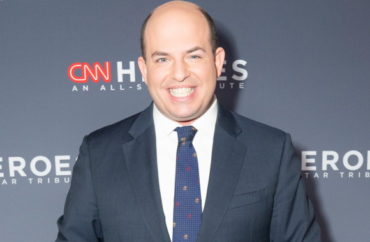 ‘Stelter will convene a series of discussions about threats to democracy’

CNN let go of Stelter, host of the long-running show “Reliable Sources,” last month amid low ratings and an attempt by the network to reduce its liberal-leaning programming and produce more straight news.

The Ivy League university has now allowed Stelter, also a former New York Times reporter, to land on his feet.

“As the Walter Shorenstein Fellow, Stelter will convene a series of discussions about threats to democracy and the range of potential responses from the news media,” the university announced Monday.

“These discussions with media leaders, policy makers, politicians, and Kennedy School students, fellows, and faculty will help deepen public and scholarly understanding about the current state of the information ecosystem and its impacts on democratic governance.”

Stelter is the author of the 2020 book “HOAX: Donald Trump, Fox News, and the Dangerous Distortion of Truth.”

In 2021, he told Lehigh University students in a speech that journalists’ bias is just pro-democracy.

“When you’ve got a propagandist, a demagogue running for president, then becoming president, and taking pretty clear anti-democracy positions, I think the idea was understandable that anchors … talked about democracy, talked about truth, talked about decency,” Stelter said at the time.

The news on Stetler comes as Misinformation Review, a publication of the Harvard Kennedy School and its Shorenstein Center, faces a lawsuit alleging defamation, negligent publication and emotional distress.

A 2022 survey of faculty at Harvard found that less than two percent are conservative – and most other faculty members are opposed to recruiting more right-leaning academics.