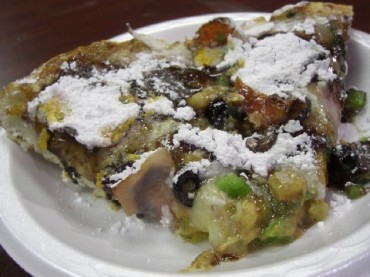 OPINION: Believe it or not, campus meal plans are just like Obamacare

Across America, college kids are ripped off by campus meal plans.

It goes a little something like this: Students are faced with limited choices, high prices, and business monopolies on campuses. The quality is low, the cost is high, and lines are far too long.

Take the situation at American University, one that is likely similar to many campuses across the nation.

Last June, campus officials decided not to renew a contract with their food-service vendor. After years of complaints, the writing was on the wall. A new company took over, promising better food and better service. Campus officials pledged things would get better.

Like many other universities, American’s campus is far from a free market. In fact, on-campus dining is essentially a duopoly, with two entities, the new food vendor as well as a local businessman, running nearly every dining outlet on campus. A true capitalist setting it is not.

Those with meal plans are well aware that they pay more for their food than customers who buy the same stuff off-campus or with cash.

But because students with meal plans are typically somewhat insulated from the costs, (think parents and college loans), dining departments essentially rip them off.

At American University, for example, those who have the 150-meal swipe plan pay more than $13 per meal. Meal swipes can be used for Subway sandwiches, burger meals, chicken tender meals, and many other food options on campus, but all are worth less than $13 if paid for with cash.

American University officials did not respond to requests for comment by The College Fix, but perhaps in response to student complaints, American University recently announced it will make changes to the plan for next school year, decreasing the cost per swipe.

Other universities have similar problems.

The Massachusetts Daily Collegian reported on meal plan problems in January of last year. According to the report, “students are losing almost $2 for every swipe they use at [on campus] outlets.”

Perhaps most telling is this nugget of information:

It is also worth considering what food off-campus costs. The United States Department of Agriculture calculates that it costs $146 to $289 a week to healthily feed a family of four. Students with the Value Meal Plan pay over $153 a week for food. In other words, each student is paying enough to feed a family of four every week.

Additionally, a report from Consumerism Commentary noted that “to take full advantage of the meal plan and the price you pay, students must eat every meal and use every point, and that’s not a realistic expectation.”

The meal swipe system at most universities is similar to health insurance, in the sense that it creates a third-party payer market. The person making the transaction, the student, doesn’t respond to market incentives because they aren’t the ones paying for the food.

Prices for the meal plans are included in the overall bill that students or parents have to pay. And because it is on top of other expenses, it is easy to overlook the huge expense of these plans. Students who live on campus are often individually mandated to purchase a plan, which sounds a lot like Obamacare, doesn’t it?

Just as distortions occur in the healthcare market because of third-party payer, so too are distortions present with on-campus dining. Because they are being overpaid for lower-quality food, food service providers have little economic incentive to improve quality or lower costs.

With such little competition, it’s no wonder students often grumble about the food on campus.