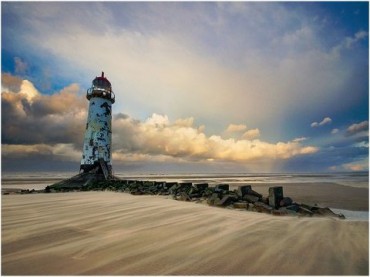 Wha-a-a-a …? “Natural wind changes” could be responsible for some of the global warming we’ve seen over the years?

Yes, say researchers from the University of Washington. The lead author of the study (published in the Proceedings of the National Academy of Sciences) notes,

“What we found was the somewhat surprising degree to which the winds can explain all the wiggles in the temperature curve,” study lead author Jim Johnstone, a climatologist at the Joint Institute for the Study of the Atmosphere and Ocean at the University of Washington when he led the study, told the AP. “So clearly, there are other factors stronger than the greenhouse forcing that is affecting those temperatures.”

… The researchers used ocean surface air pressure as a substitute for wind measurements and compared it to ocean surface temperatures from 1900 to 2012.

“It’s a simple story, but the results are very surprising: We do not see a human hand in the warming of the West Coast,” he said. “That is taking people by surprise, and may generate some blowback.”

“Mainstream” climatologists have some issues with the study, noting the claim that “temperature increases are due primarily to ‘natural’ processes are suspect and premature, at best.”

The University Herald has more.

Hopefully, no one will tell Robert F. Kennedy Jr. about this study — he might want the researchers tossed in the hoosegow!