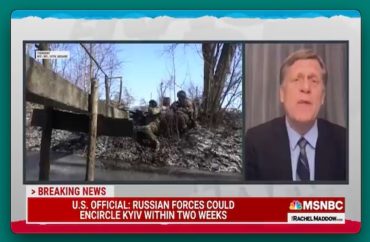 Over the last couple of days, basic World War II history seemed to have eluded a pair of academics who were offering commentary on Ukraine and Russia’s Vladimir Putin.

While comparing Putin to Nazi Germany’s Adolf Hitler on MSNBC’s “Rachel Maddow Show,” Stanford University political science professor Michael McFaul — “a leading expert on Russia, American foreign policy, and democratic development around the world” according to his website — claimed that even as evil as the der Führer was, at least he didn’t murder his own people.

Paraphrasing what a Ukrainian commentator had offered, McFaul noted a Russian journalist had said “You know, there’s one difference between Hitler, when he was coming in, and Putin: Hitler didn’t kill ethnic Germans. He didn’t kill German-speaking people.”

Elsewhere, Atlantic Council Senior Fellow and Georgetown University adjunct Anders Åslund took to Twitter to claim Putin “violates every international law there is. Hitler did not use chemical weapons. Putin is preparing to do so.” 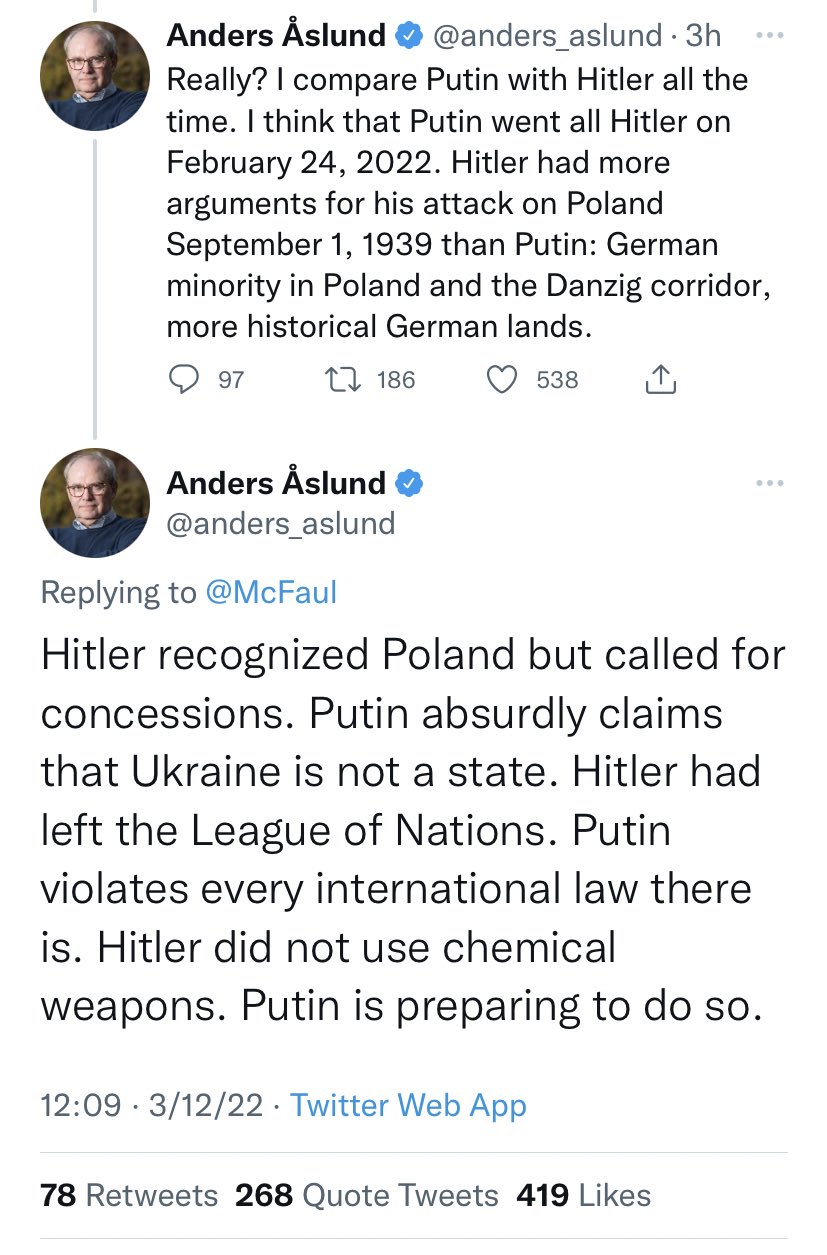 Just in case it needs to be noted, Hitler did indeed murder his own people, and one of the ways he did so was with chemical agents.

While Åslund ended up merely deleting the tweet in question, McFaul offered an apology for his boo boo noting on Twitter “I made a mistake. I apologize. I will never make comparisons to Hitler again. Without historical analogizing, I will keep my analysis and comments focused on the present evil — Putin.

“To be clear, I was, of course, mistaken when I implied that Hitler did not kill ethnic Germans. German Jews were a vibrant part of the German population and so many of them were brutally murdered by the Nazi regime. Our discussion was about Putin killing Russians in Ukraine.”

McFaul also apologized for “othering” Jews in this era of “rising antisemitism.”