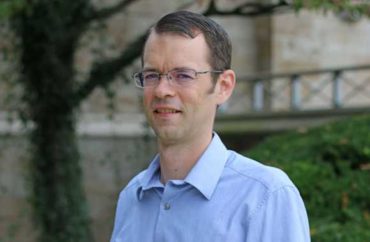 ‘Our English graduates get great jobs, but importantly many of them use what they learn here to serve their families and churches and communities,’ professor says

An English professor at Grove City College, a Christian university in Pennsylvania, explained why he believes humanities majors are up at his school despite a national decline.

“One possibility [for the popularity of the major] is that many of our students come from classical or homeschool backgrounds, and those cultures and networks have done a good job articulating the value of liberal arts formation and the importance of reading and writing well,” Jeffrey Bilbro, a writer and associate English professor at the college, told The College Fix via email August 25.

“We place an emphasis on close readings that attend to the aesthetic form and moral import of a given work,” he wrote.

“I’m very grateful to be at an institution where humanities majors are thriving!,” Bilbro tweeted August 24, sharing a graph of overall decline in his discipline. “We welcomed lots of new English majors to campus last week, and they are a delight to teach and learn from.”

I'm very grateful to be at an institution where humanities majors are thriving! We welcomed lots of new English majors to campus last week, and they are a delight to teach and learn from. https://t.co/Tu7ZnaDUpw

The “number of humanities graduates dropped for the eighth consecutive year” in 2021, according to The Hechinger Report, a news website that covers “innovation and inequality in education.”

“Fewer than one in 10 college graduates obtained humanities degrees in 2020, down 25 percent since 2012,” according to the news source. “That’s using a broad definition of humanities that includes ‘communications,’ a popular major that now makes up more than a quarter of all humanities graduates.”

“If you prefer a narrower, historical definition of humanities — restricted to English, history, philosophy and foreign languages and literature — only 4 percent of college graduates in 2020 majored in one of these disciplines,” according to the The Hechinger Report.

However, seven percent of the Grove City freshman class had already enrolled in the English major by late August, Professor Bilbro (pictured) stated in his email.

“It’s impossible to know all the reasons why we’re getting strong classes of majors when the trendlines across the country indicate declining interest in English and other humanities majors,” Bilbro told The Fix.

However, “the English major at GCC continues to draw lots of strong students,” he stated.

Students and parents at Grove City are also aware of an “unhealthy pressure to earn a degree that will launch them immediately on a clearly defined career path,” he told The Fix.

“When we’re faced with existential questions about calling or character, we realize acutely the need for an education that goes beyond mere career training and instead includes a focus on enduring questions about God, humans, and the good life,” Bilbro stated.

He also stated that he believed the traditionalist character of the major may have attracted students who “have opportunities to pursue questions and traditions they are interested in.”

Humanities majors at the college are grounded in “classic works of British, American, and world literature,” the professor told The Fix. 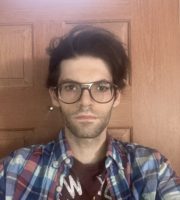