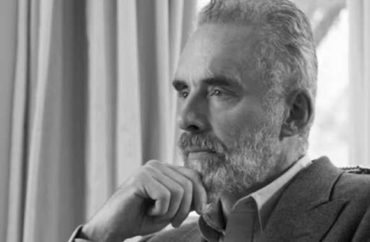 Officials at Ralston College, a new institution in Savannah, Georgia, dedicated to a traditional vision of education, appointed Jordan Peterson as chancellor as the university continues to expand.

Ralston, founded in 2010 and accredited in 2021, featured the popular speaker and clinical psychologist in a May 22 advertisement that highlighted a new master’s program in the humanities.

“Ralston is first aimed at the renewal of serious humanities education based on firm faith in the value of past human endeavor,” Peterson stated.

“If you are someone who has dreamed of expanding your knowledge of the classical humanities and, simultaneously, having the intellectual and moral adventure of your life, then this is the program for you,” Peterson said in the video.

“The Chancellor is the symbolic and ceremonial head of the College,” President Stephen Blackwood told The College Fix via email. “Peterson has been a tremendous support and we look forward to his participation in the life of the College in many ways.”

Blackwood made clear that Ralston College is committed to the principles of free expression and inquiry.

“We are building from first principles, looking to provide the best education possible for serious-minded students,” he told The Fix.

“On the one hand, no book or theory will be banned at Ralston College—we have an absolute commitment to freedom of inquiry,” he wrote. “On the other hand, we want to focus our students’ time on the most intellectually rewarding pursuits within a given field of study.”

The Fix also discussed the role at Ralston of humanism and the humanistic tradition, as opposed to the postmodern skepticism adopted by most humanities departments.

“Humanism,” in this sense refers to an affirmation that human nature is unchanging and a belief in the objective reality of truth, beauty, and goodness. This philosophy of education, which inspired university humanities departments until the identity politics revolution of the 1960s, undergirds the curriculum at Ralston and has motivated its educators.

Peterson left the University of Toronto in January of this year due to the “appalling ideology” of diversity, equity, and inclusion that he said made his job “morally untenable.”

He came to Ralston because of its promise to pursue what is beautiful and good.

“The university is about the beauty that is eternal. That is not optional; it’s not impractical—it’s that upon which practicality itself is predicated. That is the university,” he stated in the college’s release.

“Grateful as I am for the inestimable gift of my education, I believe that most colleges and universities have lost their way — that they are failing to provide the liberating, self-knowledge-giving experience that many young people seek,” he wrote on his personal website.

“I believe that we must found new institutions of higher education that are adequate to the hunger of the young, and I believe the flourishing of a fully human culture depends on such institutions,” Blackwood stated.

A philosophy instructor at the Georgia college told The Fix that institutions should embrace debate but remain neutral on some questions.

“No institution that is serious about free speech should rule out civil debate on political issues,” James Orr told The Fix via email. “But every institution of higher education should be committed to a position of strict neutrality on ideologically contentious questions.”

MORE: Love of beauty can save the humanities