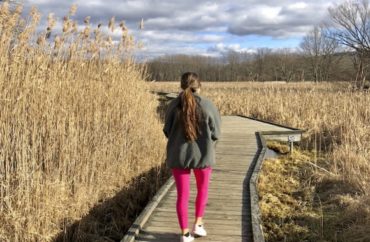 As I took part in a recent student leadership board meeting for the Department of Political Science at Boston University, a group that works to advise faculty on ways to improve, I offered some advice: the department could use more intellectual diversity.

I suggested more debates in the classroom, as opposed to what I had witnessed in my three years at the school, that being an assumption during class that everyone agrees.

I broached my idea after I had sat and respectfully listened to the ideas of others for an hour, but my peers, and a professor and an administrator in the room, were not about to return the favor.

One student chided me that “debate” was too aggressive of a word, that I should use “discussion” instead. Another student, a College Democrat in the room, then compared me to a well-known peer from Boston University who is often regarded as a neo-Nazi and who went to the white supremacist rally in Charlottesville, noting “he has sat here in these seats asking for intellectual diversity as well.”

I felt shocked and insulted. I waited to see if either the professor or administrator or any of the other students in the room would defend me. None did. One student suggested conservatives shouldn’t major in political science at Boston University, as they’d have a hard time. The room erupted in laughter.

I wish I could say I was surprised. But after years of experiencing liberal bias, both at Boston University as well as Lehigh University, where I attended before I transferred, it felt like just another day on campus.

To that end, there are plenty of anecdotes I could supply. Here are just a few.

As a freshman, or as the administration likes to say to avoid being sexist— as a “first-year”— I was required to take an English class. My instructor was a teaching assistant, but insisted we call her professor. The morning after President Trump won, she dismissed class early because she could not stop crying. Later that day, she sent out an email giving us information about a designated “safe space” on campus to commiserate the election results. Nevermind that my university has an entire police department to protect it.

During a course I took on political theory, my professor dedicated the entire chapter on fascism to President Trump. He constantly referred to Trump as a fascist, and brought up the Mueller investigation during each class session.

In my statistics class, my professor made an entire exam question that necessitated a final conclusion that Fox News is not a reliable news source. The chi-square test is a statistic that measures the “goodness of fit” between how well an observed distribution fits with the expected distribution. We were given the average amount of gun deaths that occur per year in the United States and the average amount of terrorist attacks that are perpetrated toward Americans per year. We were also given the amount of times CNN, MSNBC, ABC and Fox News reported on each of these issues, and the idea is that one would expect the news organizations to report on the respective issues a proportional amount. When one worked out the math, Fox News’ reporting ended up having the worst goodness of fit, and we had to write that meant they were the least reliable and most unbalanced.

In other courses, I’ve been forced to include my “pronouns” in my introductions at the beginning of the term. After revealing I’m Catholic, I’ve been asked if my priests ever “microaggressed” me. I’ve been told by a climate-alarmist professor that I would face consequences if I ever brought single-use plastic into his classroom. 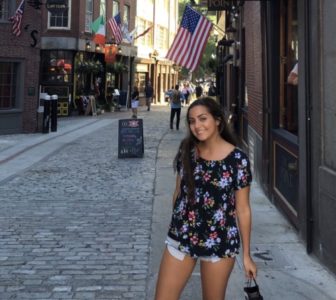 Were these experiences kind of annoying because I just want to get my degree and not feel like I was sitting in on my professors’ therapy sessions? Yes. Do I feel oppressed? Not even close.

These experiences have given me a beautiful thing — they’ve helped ground me in my conservative beliefs. I’ve always had these values in me, but never cared to dig into them until they felt endangered.

The more my professors and peers mocked, challenged and disputed conservatism, the more time I spent studying and learning the counterarguments against their arguments. I watched videos, read books, listened to podcasts to hear another perspective, and even helped start a Young Americans for Freedom chapter.

Because of my experiences on campus, I have become the proud conservatarian I am today. To my professors and peers, I am certain this was not what you had intended, but thank you anyway. 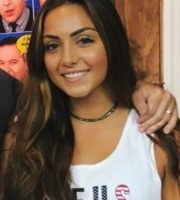