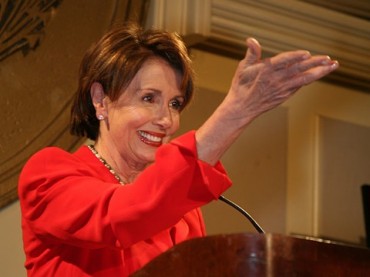 College Fix survey finds Nancy Pelosi raked in the most support, with $50,500 from professors

With midterm elections looming, an analysis of professors’ recent campaign contributions to California lawmakers found that about 95 percent of their donations went to Democratic politicians. Dozens of scholars have donated nearly $200,000 to a variety of Democratic representatives, while Republican politicians only netted about $9,000 from scholars, Federal Election Commission records show.

In effect, contributions by professors to Democrat lawmakers outweigh donations to Republican ones by 22 to 1, according to the The College Fix analysis.

The survey looked at all 53 U.S. congressional representatives in California as well as its two U.S. Senators, 40 of whom are Democrat and 15 are Republican.

The California lawmaker who appears a favorite among professors is House Minority Leader Nancy Pelosi (D-Calif.) Pelosi’s Victory Fund PAC garnered the largest dollar amount in donations from professors by far at $50,500.

The California Democratic representative received the largest individual donations on record: two gifts of $25,000 by Carol and Terry Winograd – a pair of professors from Stanford University, who also donated to seven other campaigns for California Democrats.

The Winograds are longtime Pelosi supporters, and met with the California representative at a luncheon during the 2009 inauguration, where Carol Winograd described Pelosi as “people savvy, charming and engaging.”  (Pictured, at right.)

“It was amusing to be outside afterwards and see Nancy Pelosi getting in her car to leave, amidst a crowd of cheering people, just like a rock star!” Winograd said in 2009.

Pelosi is up for re-election this November, and is currently serving her fourteenth term in Congress. Contributions to her campaign also came from another Stanford professor and a Columbia University professor, who gave her $250 each.

Nineteen of the remaining 34 Democratic representatives received contributions from professors across the country: the typical donation total per candidate averaging about $3,000.

Only six California Republicans received donations from professors, resulting in a combined sum of $9,000. Rep. Ken Calvert received the highest sum of donations of any Republican, netting $3,600. The average donation total for Republican candidates was $300.